Antique Map of the Spice Islands by Sanson (c.1652) 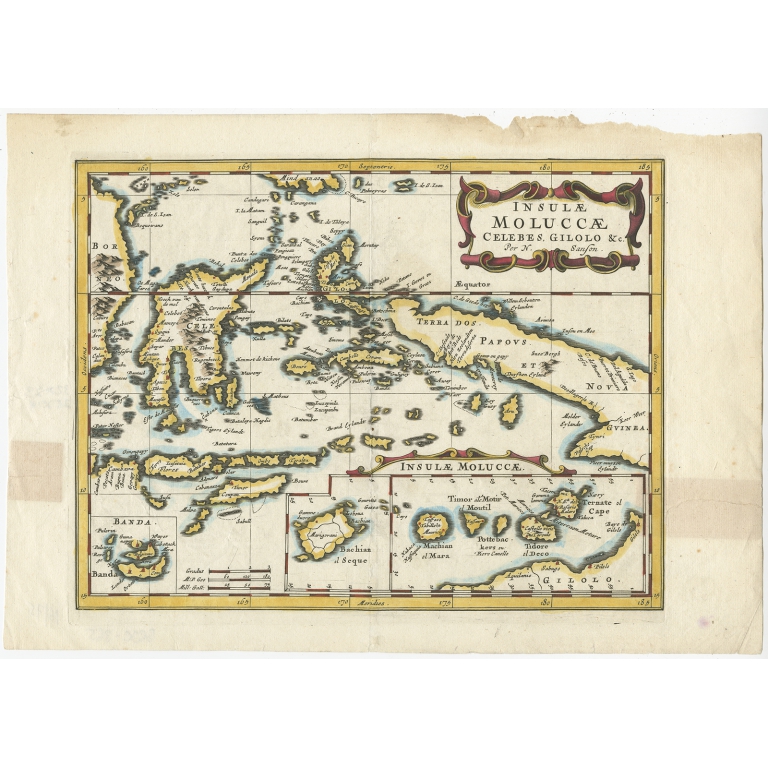 Artists and Engravers: Nicholas Sanson (1600-1667) is considered the father of French cartography in its golden age from the mid-seventeenth century to the mid-eighteenth. Over the course of his career he produced over 300 maps. His success can be chalked up to his geographic and research skills, but also to his partnership with Pierre Mariette.