Antique Map of the East Indies by Hondius (1607) 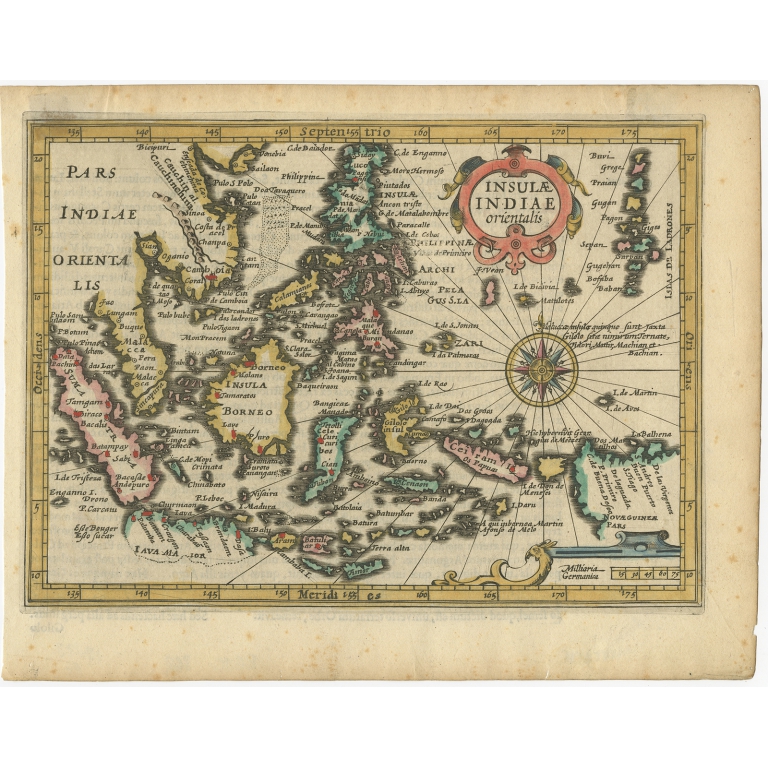 Artists and Engravers: Jodicus Hondius published the first "Atlas Minor" in 1607 in response to the idea that there was a market for smaller, handier and cheaper Atlases to make the maps of Mercator available to a wider public; he probably engraved the maps himself. The early editions were printed by Hondius and jointly sold by Corn. Claes and Joh. Janssonius, who probably supplied and owned the letterpress.  With Hondius death in 1612 the further editions were published still under his name by his widow and heirs until 1621 when the plates were sold to a London editor.