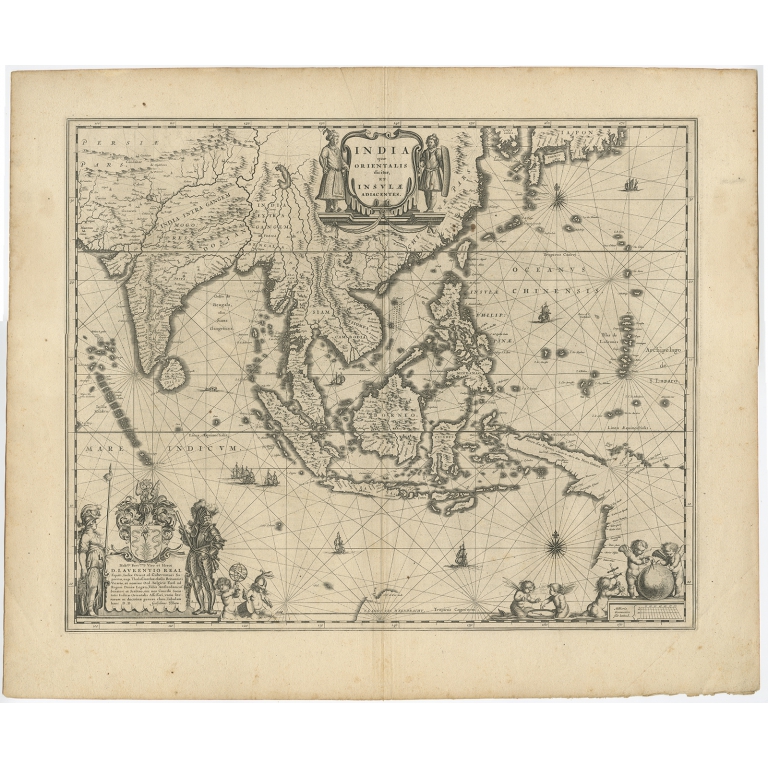 Description: Antique map titled 'India quae Orientalis dicitur et Insulae adiacentes'. Map of Southeast Asia, extending from India to Tibet to Japan to New Guinea. This map is one of the first to show a number of the early Dutch discoveries in Australia.

Artists and Engravers: Willem Janszoon (or Jansz.) Blaeu (1571 - 1638) was the founder of a large publishing firm that became famous in the field of cartography under the name Blaeu.