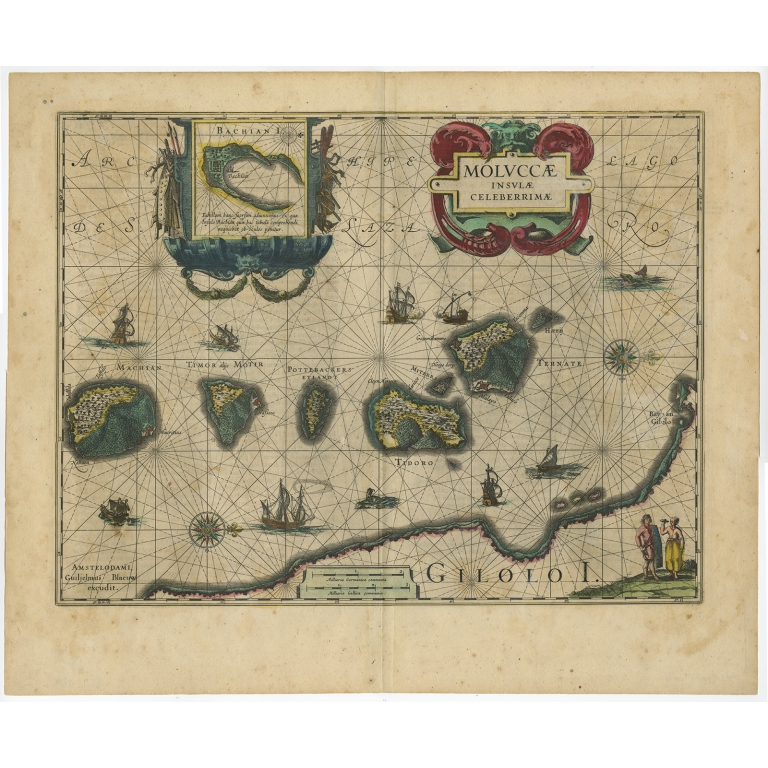 Description: Antique map titled 'Moluccae Insulae Celeberrimae'. Decorative map of the Spice Islands. Inset of the Island of Bachian (Batjan) in an elaborate frame as well as a Moluccan couple in the lower right corner in Europeanized native dress.

Artists and Engravers: Willem Janszoon Blaeu (1571-1638) was a prominent Dutch geographer and publisher. Born the son of a herring merchant, Blaeu chose not fish but mathematics and astronomy for his focus. He studied with the famous Danish astronomer Tycho Brahe, with whom he honed his instrument and globe making skills. Blaeu set up shop in Amsterdam, where he sold instruments and globes, published maps, and edited the works of intellectuals like Descartes and Hugo Grotius. In 1635, he released his atlas, Theatrum Orbis Terrarum, sive, Atlas novus.