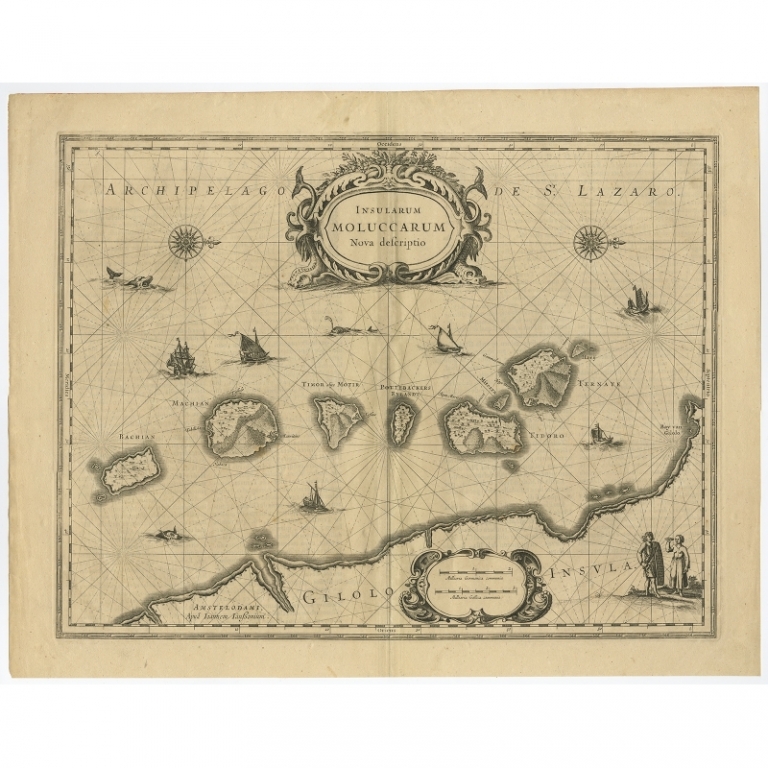 Description: Antique map titled 'Insularum Moluccarum Nova Descriptio.' Old map of the Moluccas. The famous Spice Islands, the cornerstone of the Dutch trading empire in the East Indies throughout the 17th Century, is the focus of this exquisite map. Similar to Blaeu's map, except that it extends further south to include the island of Bachian. The very decorative title cartouche is supported by two sea monsters, and another cartouche contains the scale of miles. It is further embellished with various sailing vessels, sea monsters, two elaborate compass roses with north oriented to the right, and a native couple displaying the costumes and weapons of the region.