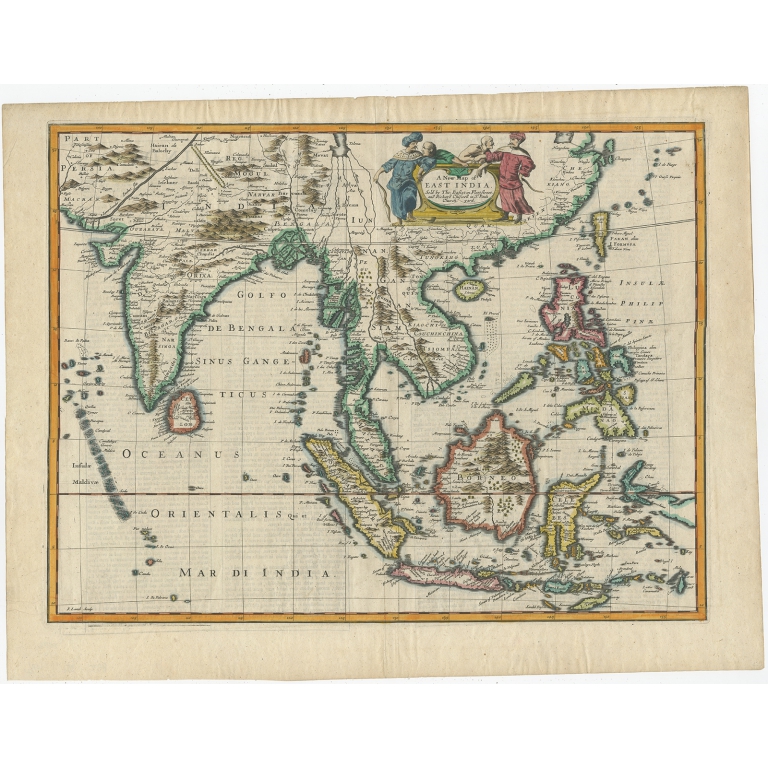 Description: Antique map titled 'A New Map of East India'. John Speed's map of Southeast Asia, China, Taiwan and part of India, which was engraved by Francis Lamb and first appeared in the enlarged edition of Speed's world atlas in 1676. The map covers Southeast Asia, from the Maldives and India to modern Indonesia, Malaysia, and the Philippines.

Artists and Engravers: John Speed (1551 or 1552 – 28 July 1629) was an English cartographer and historian. He is, alongside Christopher Saxton, one of the best known English mapmakers of the early modern period.