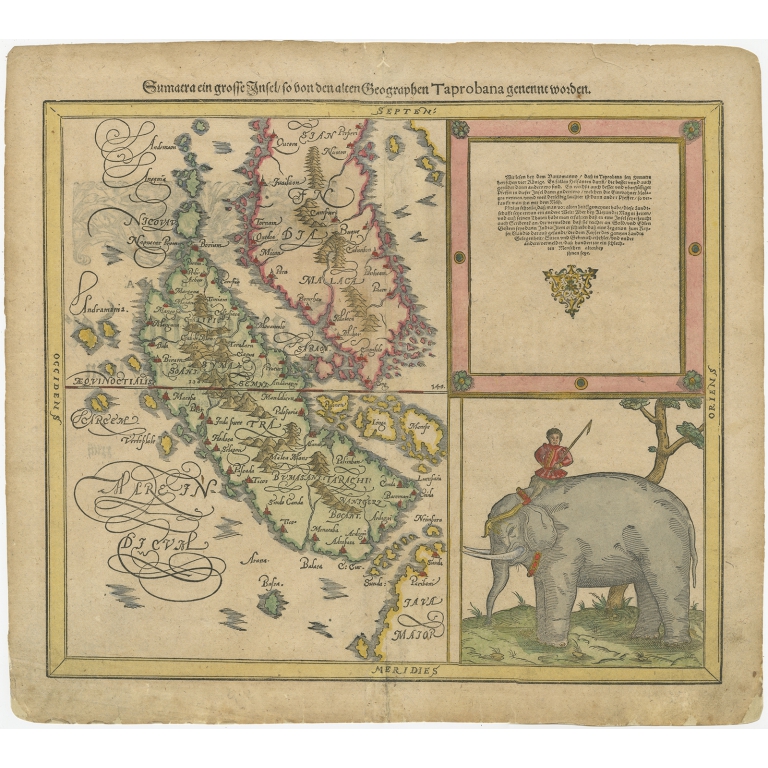 Description: Antique map titled 'Sumatra ein grosse Insel / so von den alten Geographen Taprobana genennt worden'. Beautiful map of Sumatra and the southern part of Malaysia, with Singapore shown as Cinglolo. Large cartouche of a man riding an elephant. Both Sumatra and Sri Lanka have been associated with the mythical island of Taprobana. This map originates from 'Cosmographia' published posthumously by Münster's stepson Hienrich Petri.

Artists and Engravers: Sebastian Münster (1488-1552) was a cosmographer and professor of Hebrew who taught at Tübingen, Heidelberg, and Basel. He settled in the latter in 1529 and died there, of plague, in 1552. Münster made himself the center of a large network of scholars from whom he obtained geographic descriptions, maps, and directions.