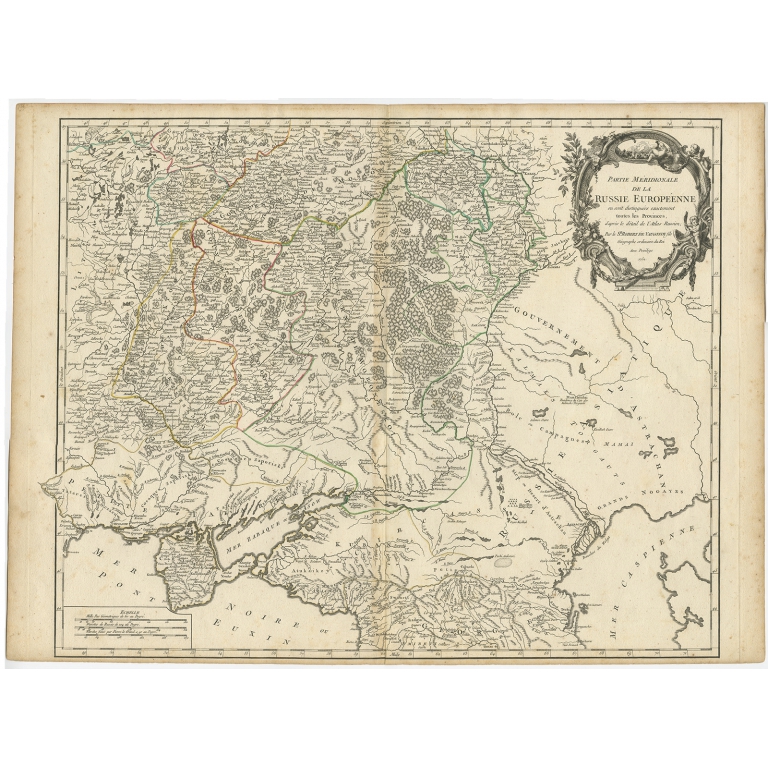 Description: Antique map titled 'Partie meridionale de la Russie Européenne'. Detailed map of the southern part of European Russia by Robert de Vaugondy. It covers from Moscow south to Georgia and from Poland east to the Volga River, including Crimea and Ukraine.