Antique Map of Russia in Europe by Vaugondy (1753) 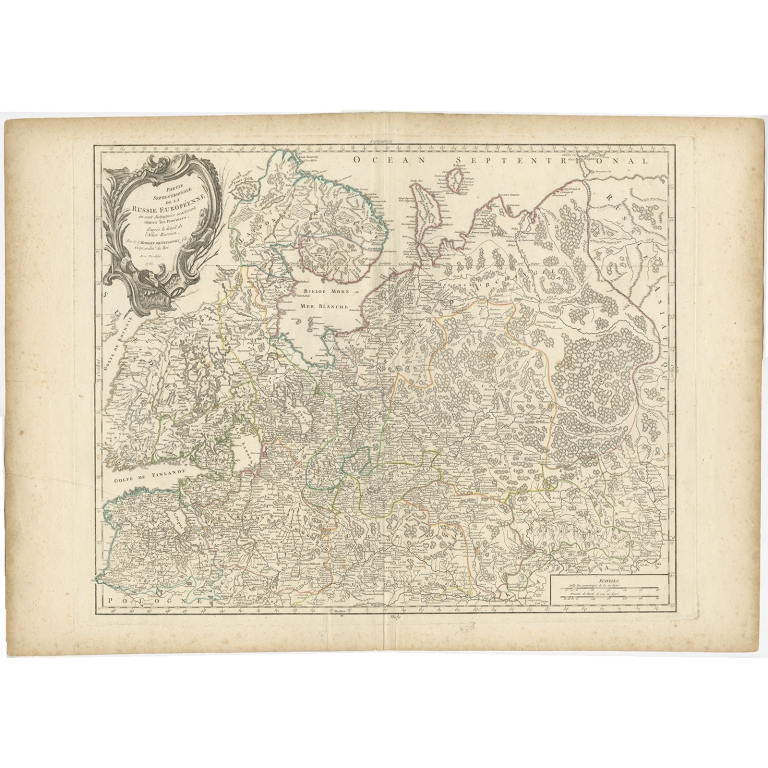 Description: Antique map titled 'Partie septentrionale de la Russie Européenne'. Detailed map of the Northwestern part of Russia, from the Gulf of Finland and Poland, to the western part of Asian Russia.