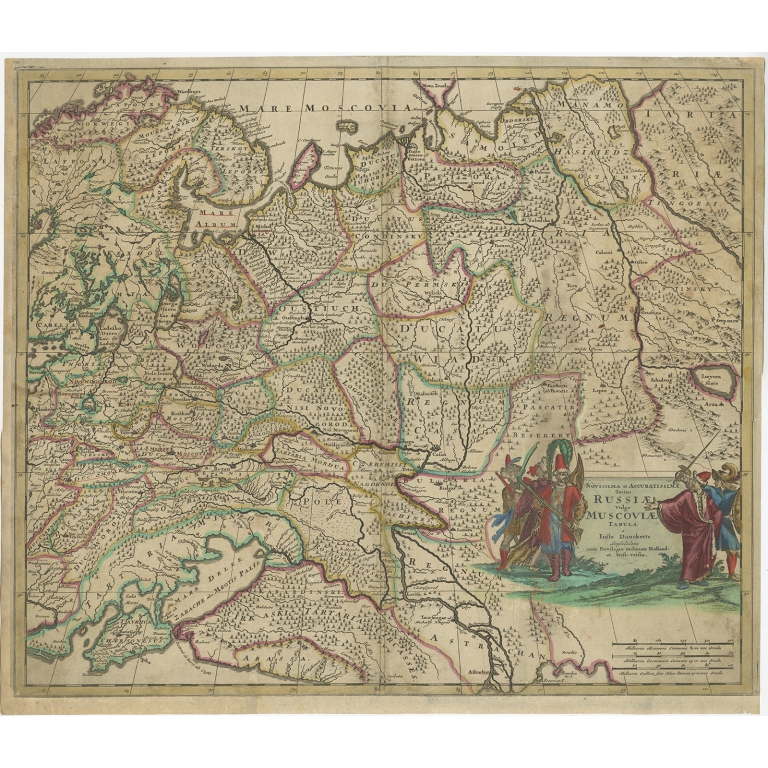 Description: Antique map titled 'Novissima et Accuratissima Totius Russiae vulgo Muscoviae Tabula'. Antique map of Western Russia and Ukraine, published by Justus Danckerts. The map extends from the northern tip of the Black and Caspian Seas to the Mare Mosovia and Nova Zembla in the North and from Arz and Izeyora Slote in the east to Plescow and Novograd and Smolensko in the west, centered on the Volga River.

Artists and Engravers: The Danckerts were a family of Dutch engravers and geographers who produced geographic materials, including a series of original atlases. Initially, Justus I Danckerts (1635-1701) was a book and print publisher based in Amsterdam. His great-uncle, Cornelis Danckerts de Rij, (1561-1634) was a surveyor who produced a Kaert-boeck showing various views of Amsterdam. His brother, Dancker Danckerts (1634-1666), was a skilled engraver who produced several maps. Justus I was most likely influenced by both their work when he followed his father, Cornelis I Danckerts (1603-1656), into the publishing business.