Antique Map of Northern China and Eastern Russia by Bellin (1757) 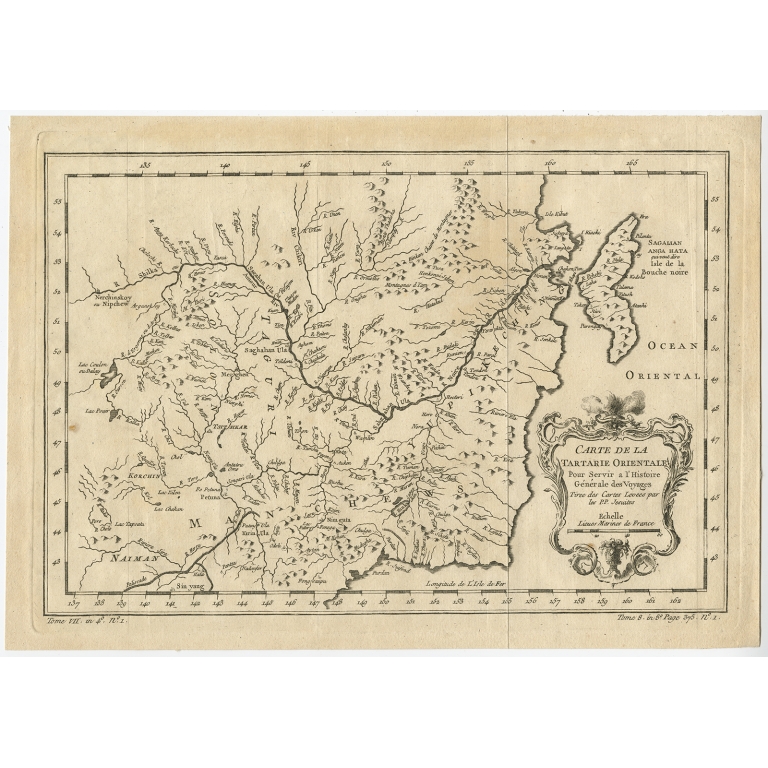 Description: Antique map titled 'Carte de la Tartarie Orientale (..)'. Original antique map of what is present day northern China and far eastern Russia. Centered on the Amur River, it shows what is a good bit of Manchuria and the Russia province of Khabarovsk. Shows the major hydrography as well as general terrain and what few towns and cities exist in the area. Just offshore is the Russian island of Sakhalin, though very primitively depicted. This map originates from 'Histoire générale des Voyages' by A. Prévost.