Antique Map of Russia in Europe by Tallis (c.1851) 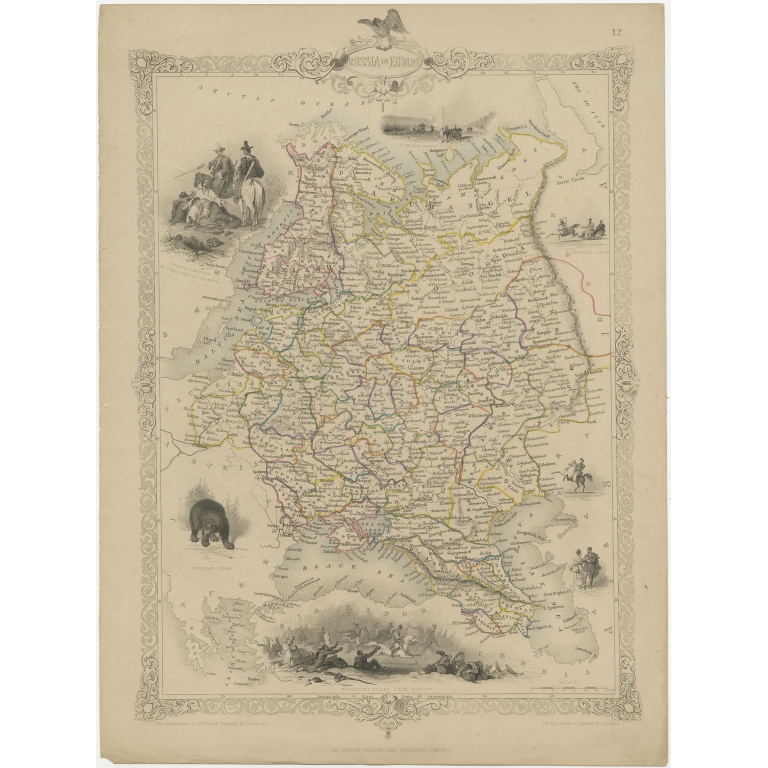