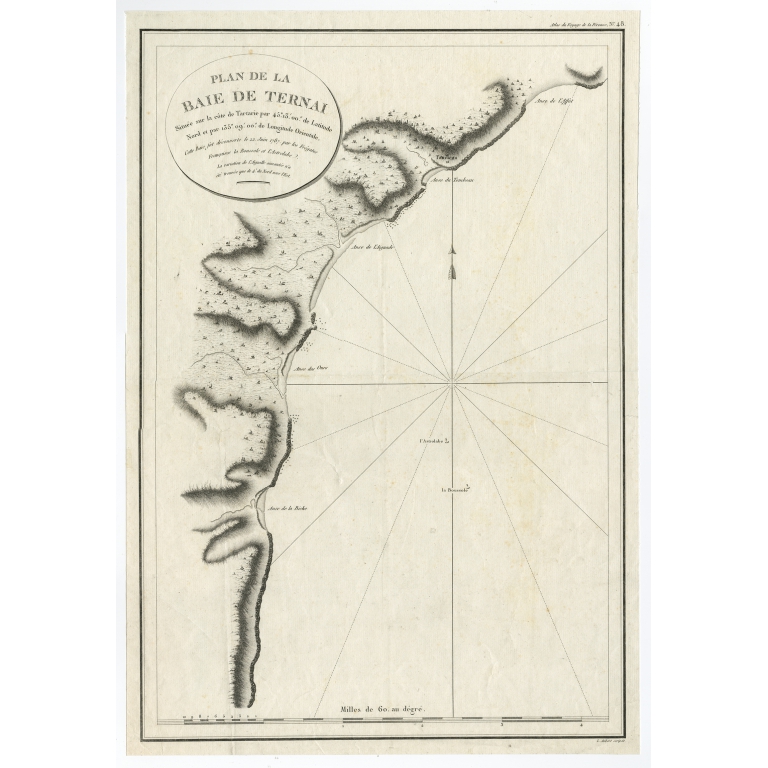 Artists and Engravers: Jean-François de Galaup de La Pérouse (1741 1788) was a French Naval officer and explorer whose expedition vanished in Oceania. La Pérouse crossed the Pacific Ocean in 100 days, arriving at Macau, where he sold the furs acquired in Alaska, dividing the profits among his men. Lapérouse sailed all the way south to the Spanish Las Californias in 1786. He stopped at the Presidio of San Francisco long enough to create an outline map of the Bay Area, Plan du Port du St. Francois, which was reproduced as Map 33 in L. Aubert's 1797 Atlas du Voyage de la Perouse. Laterhe arrived in Monterey Bay and at the Presidio of Monterey. In 1787 after a visit to Manila, he set out for the northeast Asian coasts. He saw the island of Quelpart, present-day Cheju in South Korea, which had been visited by Europeans only once before when a group of Dutchmen shipwrecked there in 1635. He visited the Asian mainland coasts of Korea.