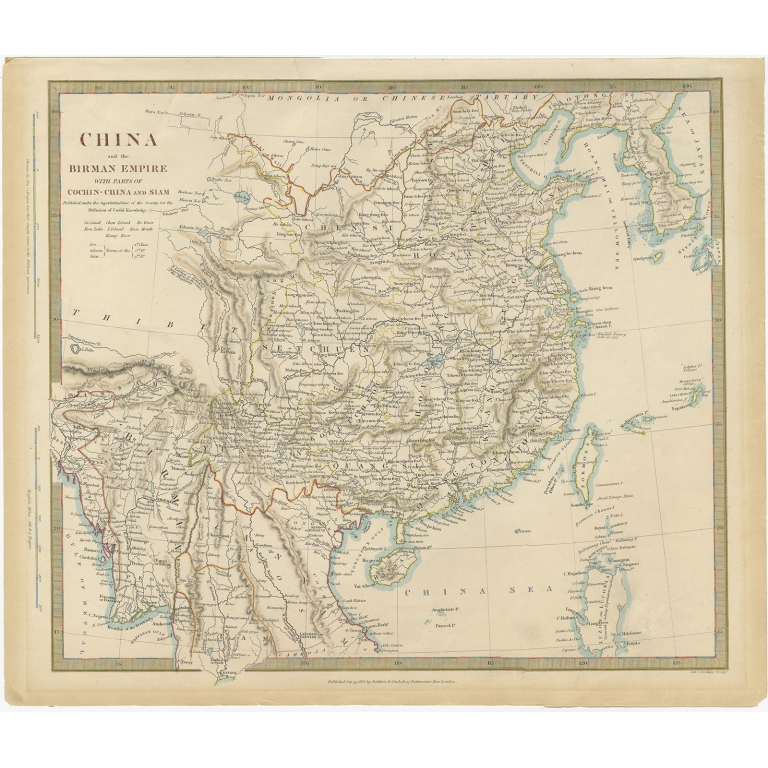 Description: Antique map titled 'China and the Birman Empire with parts of Cochin-China and Siam'. Detailed map of China, Formosa (Taiwan), Korea and the northern part of Southeast Asia.

Artists and Engravers: The Society for the Diffusion of Useful Information (SDUK) was created to provide the British public with reasonably priced printed information. The 2 volume atlas created by the SDUK was published from the early 1830s to the 1870s, although it seemingly flourished from about 1840 onward. The work included a series of star charts and City plans.