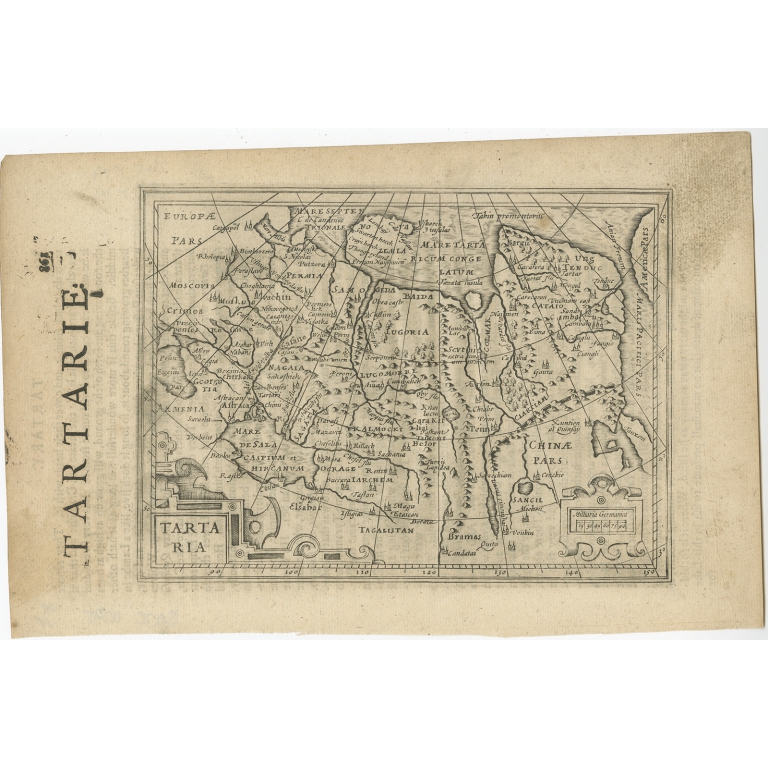 Description: Antique map titled 'Tartaria'. Rare and early map of tartary. Reduced from the larger edition of the map which appeared in the Mercator-Hondius Atlas beginning in the 1630s. Extends to the Black Sea and the Caspian Sea.

Artists and Engravers: Jan Janssonius (also known as Johann or Jan Jansson or Janszoon) (1588-1664) was a renowned geographer and publisher of the seventeenth century, when the Dutch dominated map publishing in Europe. Born in Arnhem, Jan was first exposed to the trade via his father, who was also a bookseller and publisher. In 1612, Jan married the daughter of Jodocus Hondius, who was also a prominent mapmaker and seller. Jonssonius’ first maps date from 1616.