> Antique Maps>Asia>East Asia>China>Antique Map of the Coast of China by Blanchard (c.1852)

Antique Map of the Coast of China by Blanchard (c.1852) 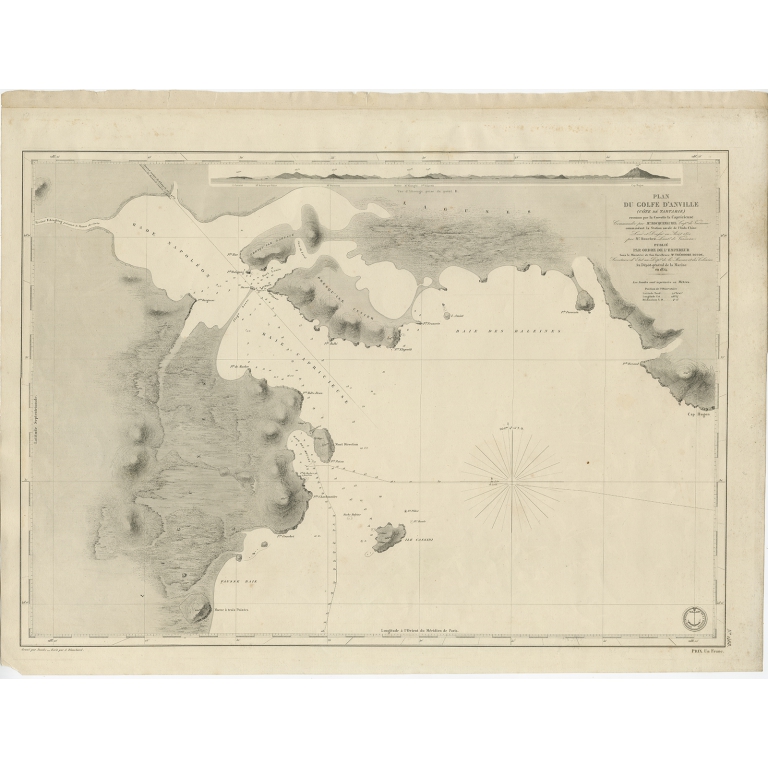 Description: Antique map titled 'Plan du Golfe D'Anville (Côte de Tartarie)'. Old map of part of the Chinese coast, explored with the French corvette 'Caprieuse'. The Capricieuse was a late 22-gun corvette of the French Navy. Capricieuse was commissioned under Arnault de Gorse on 1 September 1849. From 1850, she served in the Far East under Captain Rocquemaurel, returning to Toulon in 1854. She then took part in the Crimean War as a troopship. Capricieuse returned to China in 1856. In 1858, she took part in the Battle of Canton, being present at the capture of the city on 30 January and at the Battle of Taku Forts.

Artists and Engravers: Drawn by A. Blanchard, engraved by Jacobs.