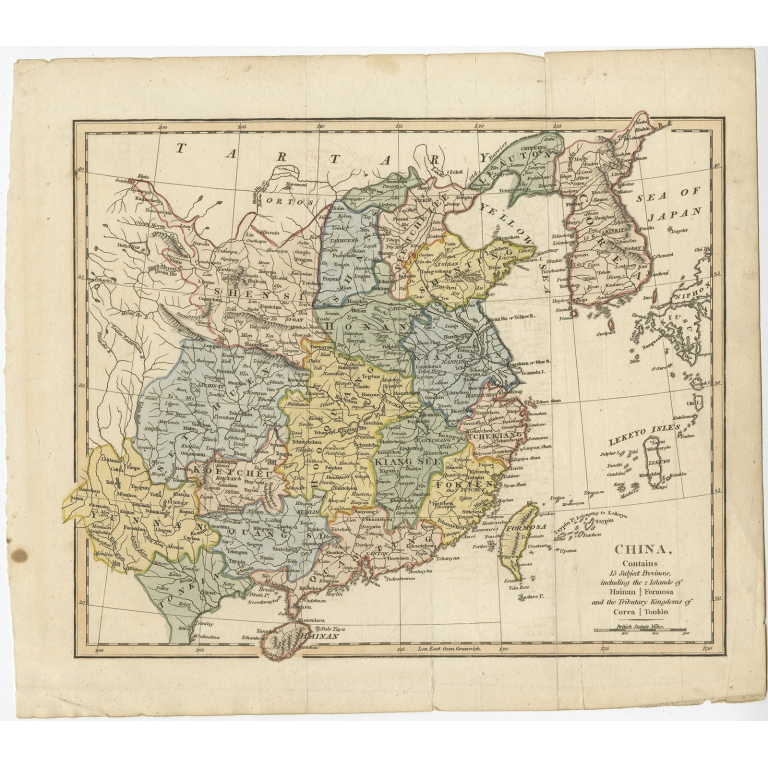 Description: Antique map titled 'China, Contains 15 Subject Provinces Including the 2 Islands of Hainan, Formosa and the Tributary Kingdoms of Corea, Tonkin'. Old map depicting China, extending from Korea and the Sea of Japan to Teypin Island in the south. Originates from Wilkinson's 'A General Atlas, being a Collection of Maps of the World and Quarters the Principal Empires, Kingdoms &c. with their several Provinces & other Subdivisions, Correctly Delineated'.

Artists and Engravers: Robert Wilkinson was active in London as a cartographic publisher from 1785 to 1825. He produced a number of nice works, including a General Atlas and a re-issuance of Bowen & Kitchen's English Atlas, along with excellent large format separate maps.