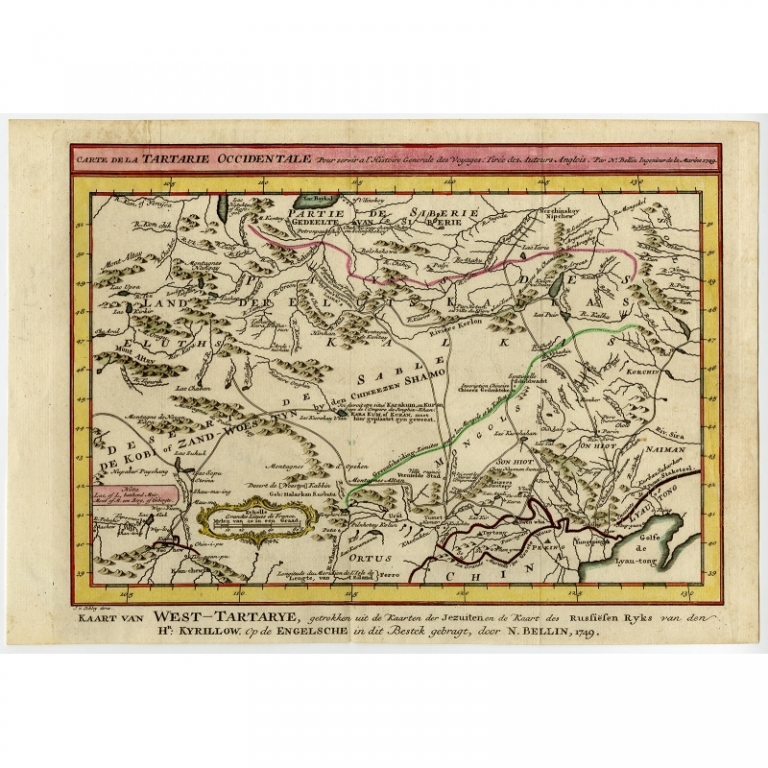 Description: Antique map titled 'Carte de la Tartarie occidentale.' Original antique map of Eastern Tartary and the Gobi desert showing the silk road and the Great Wall of China. While these maps by Van Schley after Bellin were initially made for 'Histoire Generale des Voyages' (Paris 1746-1759), this is from the 1758 Dutch edition of that work published by Arkstee & Merkus.