Antique Map of the Chinese Empire by Tallis (c.1851) 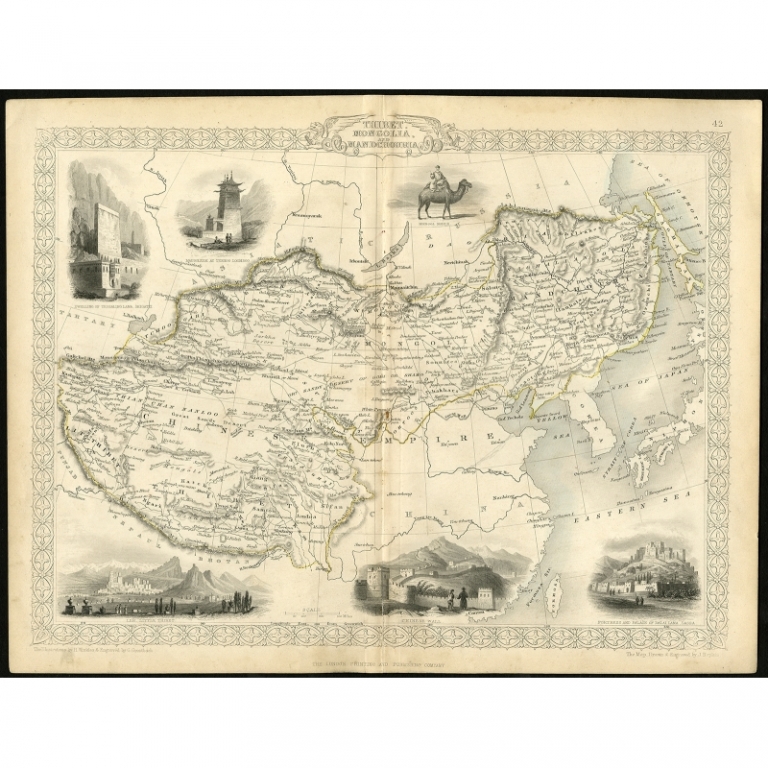 Description: Antique map titled 'Thibet, Mongolia, and Mandchouria'. Map of the Chinese Empire, focusing on Tibet, Mongolia and Manchuria. Small decorative vignette engravings around the map, including the palace of the Dalai Lama, the Chinese Wall and a Mongol Noble on camel. Originates from 'The Illustrated Atlas, And Modern History Of The World Geographical, Political, Commercial & Statistical, Edited By R. Montgomery Martin'. Published; John Tallis London, New York, Edinburgh & Dublin. 1851. Drawn and Engraved by J. Rapkin.