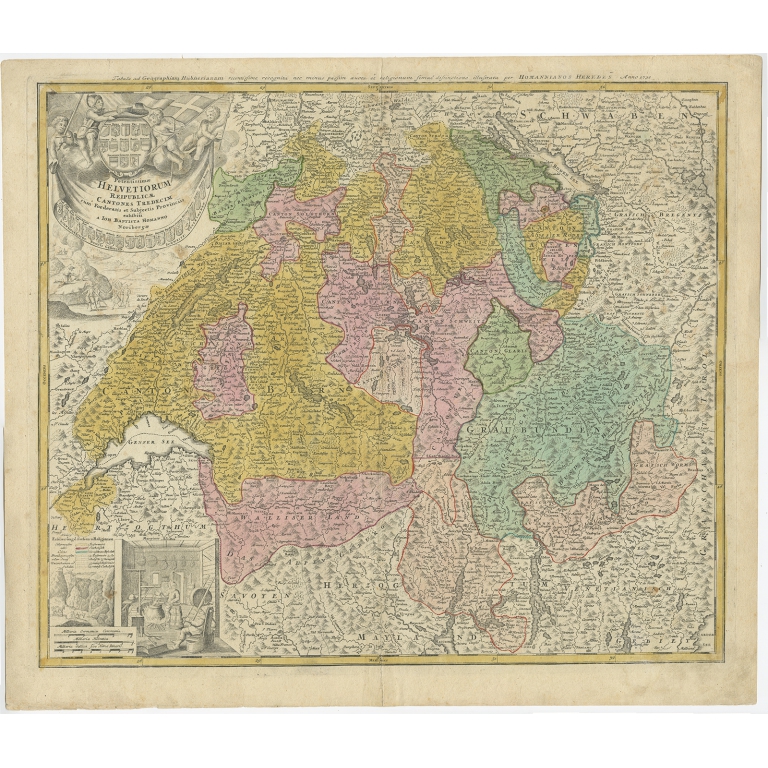 Artists and Engravers: Johann Baptist Homann was born 1664 in Oberkammlach. He founded his business 1702 in Nuremberg, Germany. After a long period of Dutch domination in map publishing, the Homann publishing house became the most important map and atlas producer in Germany. He became a member of the Academy of Science in Berlin just after he published his first atlas in 1707. After his death 1724 in Nuremberg, the company was continued by his son Johann Christoph. The publishing firm was bequeathed to his heirs after his death in 1730 and was traded under the name Homann Heirs until the next century.