Antique Map of Moravia by Ortelius (1570) 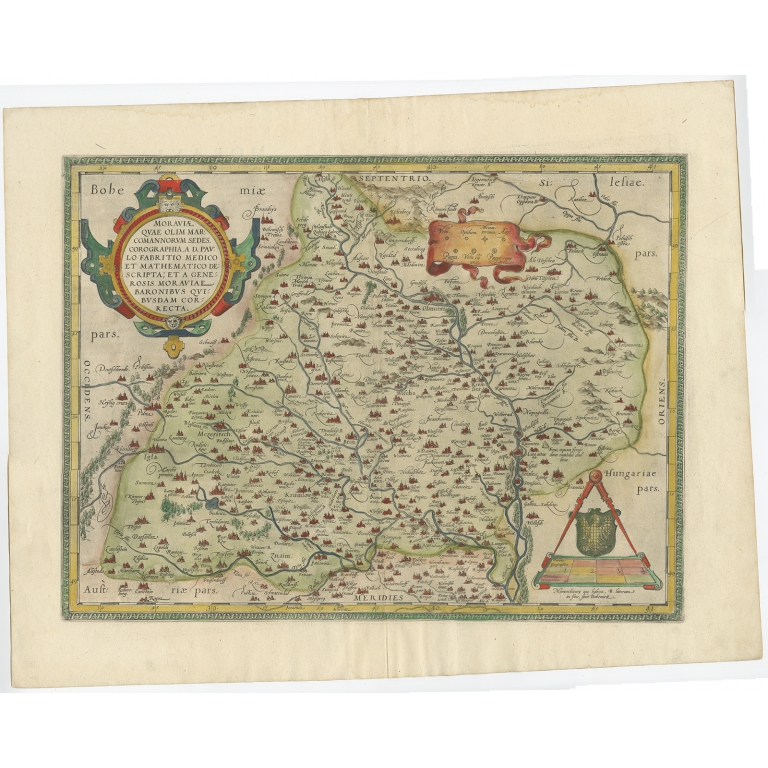 Artists and Engravers: Abraham Ortelius was born 1528 in Antwerp. He studied mathematics, Greek and Latin and travelled a lot across Europe. He established a business in dealing with books and drawing maps. His first remarkable map was a 8 sheet world map in the year 1564, but only three copies have survived. In 1570 he issued the "Theatrum Orbis Terrarum", the first modern "Atlas" with uniformly sized maps in a systematic collection. The term "Atlas" was not used until Mercator introduced it 20 years later. Most of the maps in Theatrum have been engraved by Frans Hogenberg. At the time of publication, the atlas was the most expensive book ever printed. Nevertheless it was a big success and around 7000 copies have been printed until 1612 in many editions and six different languages. Beside the Theatrum, Ortelius compiled a series of historical maps and published it in the "Parergon Theatri" which was bound with the Theatrum from 1579 onwards or published separately.