Antique Map of Prussia by Mercator (1610) 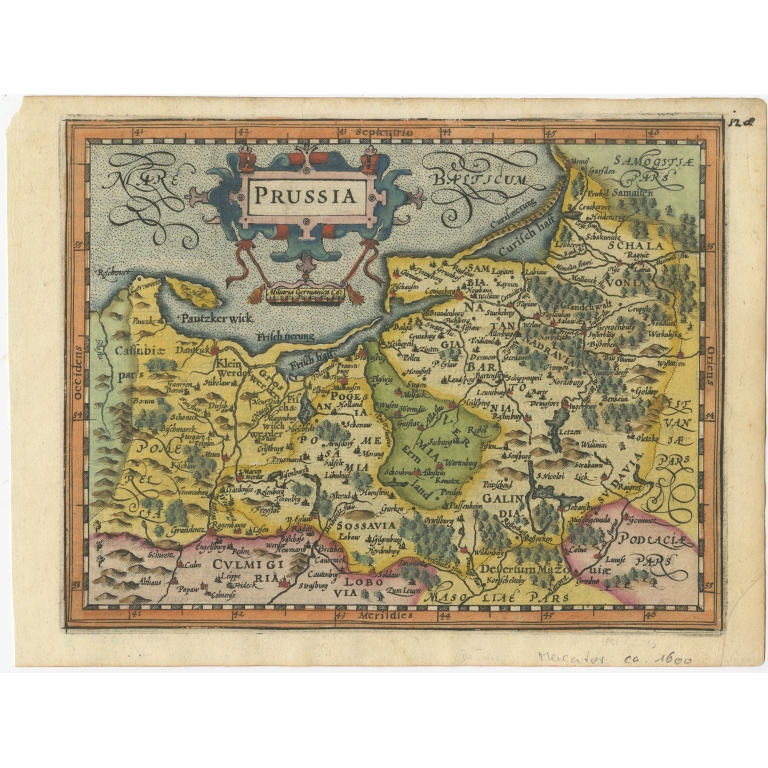 Description: Antique map titled 'Prussia'. Original map of Prussia, a historically prominent German state that originated in 1525 with a duchy centered on the region of Prussia on the southeast coast of the Baltic Sea. This map originates from 'Atlas minor Gerardi Mercatoris a I. Hondio plurimis aeneis tabulis auctus atque illustratus' by G. Mercator.