Antique Map of Turkmenistan and surroundings by Bellin (1757) 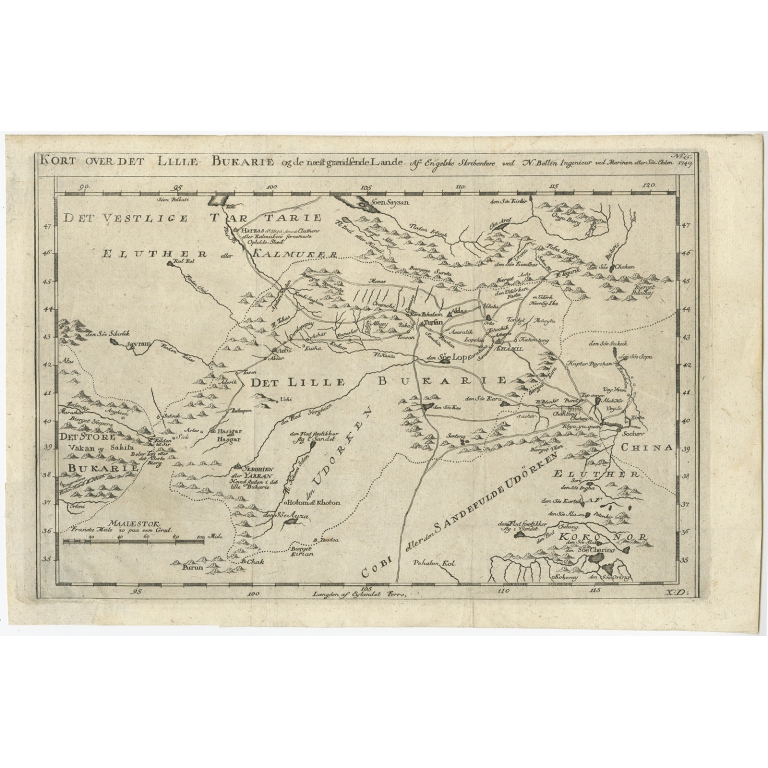