Antique Map of Central Asia and the Gobi Desert by Kitchin (c.1750) 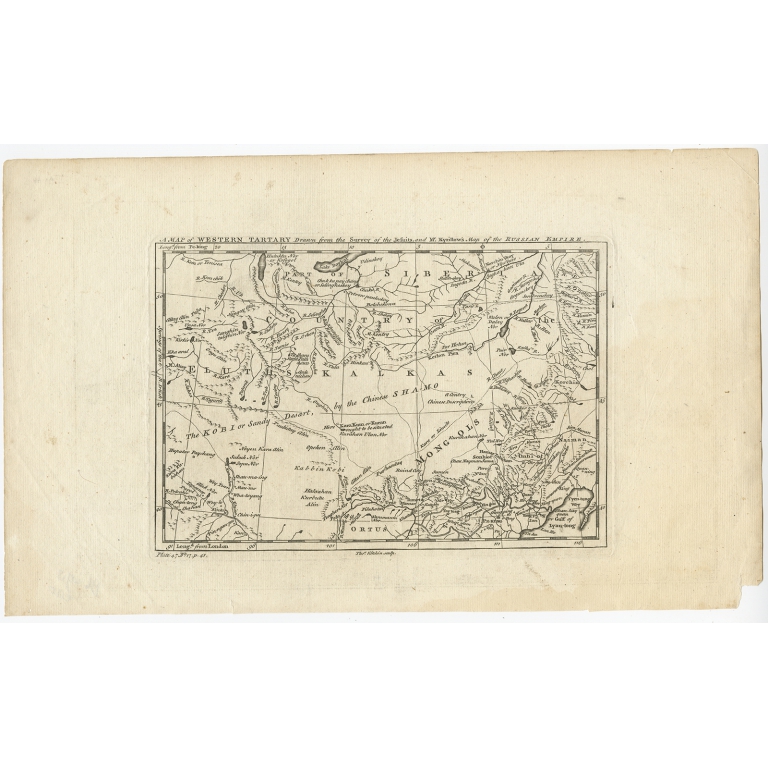 Description: Antique map titled 'A Map of Western Tartary Drawn from the Survey of the Jesuits and Mr. Kyrillow's Map of the Russian Empire'. Map of the Gobi Desert and the eastern portion of the Silk Route region by Thomas Kitchin. Covers from Lake Baikal in the north as far south as Beijing, east to the Gulf of Lyau-tong (Yellow Sea), and west as far as Chan-tong. Originates from 'A New General Collections of Voyages and Travels' by T. Astley.

Artists and Engravers: Thomas Kitchin (or Thomas Kitchen (1718 - 1784) was an English engraver and cartographer, who became hydrographer to the king. He was also an author, who wrote about the history of the West Indies.