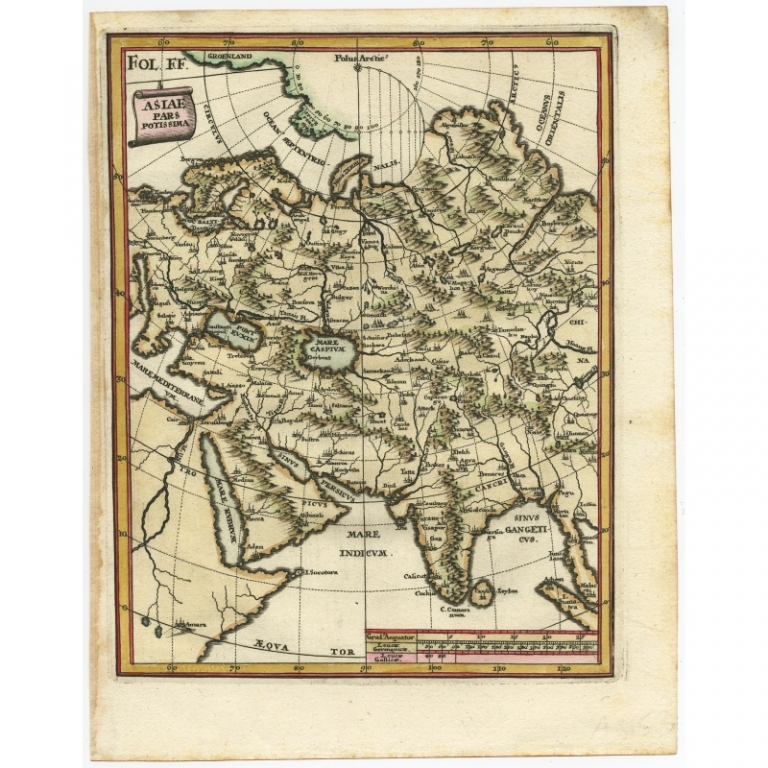 Description: Antique map titled 'Asiae Pars Potissima.' Attractive map focusing on the central part of Asia but extending to include much of Eastern Europe and Northeastern Africa. The Caspian Sea is depicted with a curious oval shape. Nova Zembla is confidently shown as an island; whereas earlier cartographers depicted only the southern and western coastlines reflecting the discoveries of Barents and Linschoten.