Antique Map of Central Asia and India by Andree (1904) 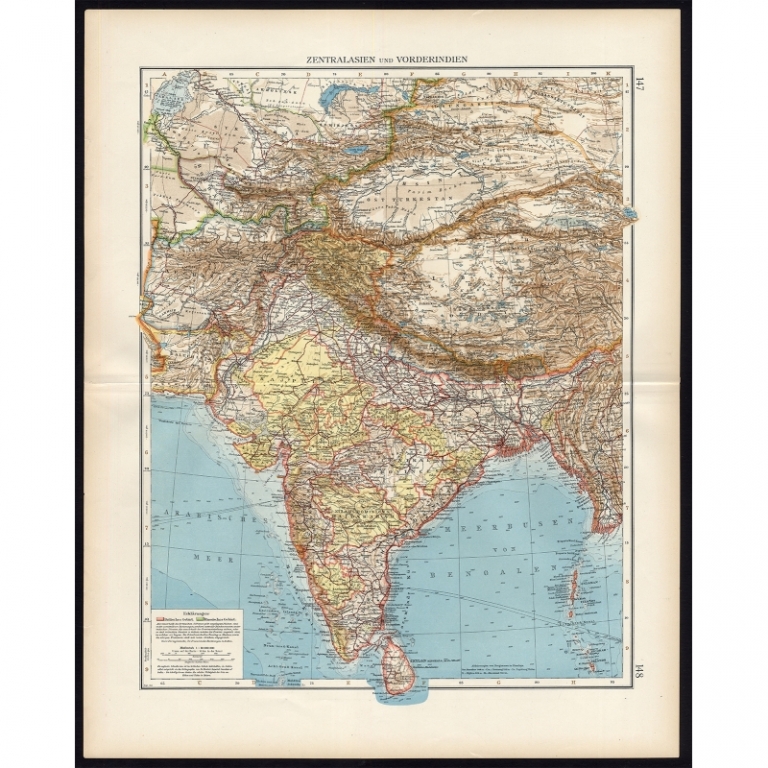 Description: Antique map titled 'Zentralasien und Vorderindien'. Map of Central Asia and India. This large antique map is taken from; 'Andrees Allgemeiner Handatlas in 126 Haupt-Und 139 Nebenkarten', Bielefeld; Leipzig: Velhagen & Klasing 1899. Andrees Allgemeiner Handatlas was a major cartographic work published in several German and foreign editions 1881-1937. It was named after Richard Andree (1835-1912) and published by Velhagen & Klasing, Bielefeld and Leipzig, Germany. By using chromolithography, rather than copper plate engraving, but reproducing the maps from zinc plates that were etched in relief (just like letterpress printing), V & K was able to offer detailed maps at a much lower price than competing works, such as the 7th and 8th editions of Stielers Handatlas.

Artists and Engravers: Richard Andree (1835 - 1912) was, like his father Karl Andree, a German geographer noted for devoting himself especially to ethnography. His main work, however, is his Allgemeiner Handatlas (Leipzig, first edition 1881, final edition 1937), one of the most comprehensive world atlases of all times. The early editions of the Times Atlas of the World (1895-1900) are based on this atlas, as was Cassell's Universal Atlas.