Antique Map of the Island of California by Mallet (1686) 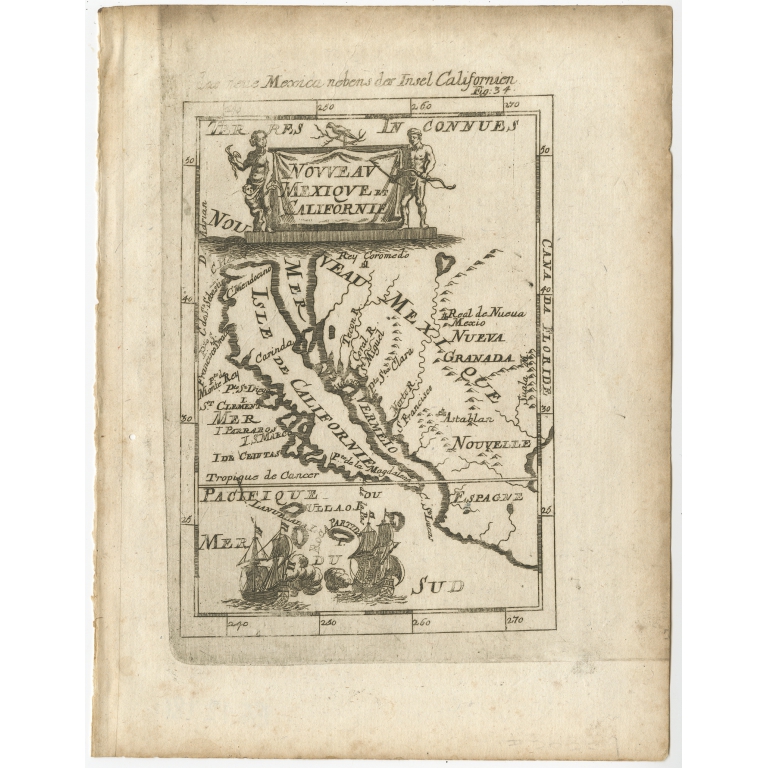 Description: Antique map titled 'Nouveau Mexique et Californie'. Old map of California, showing Califonia as an island. The Island of California refers to a long-held European misconception, dating from the 16th century, that the Baja California Peninsula was not part of mainland North America but rather a large island (spelled on early maps as Cali Fornia) separated from the continent by a strait now known as the Gulf of California. A unique projection, not really following either Sanson or Briggs. Shows a number of place names and a nice charting of the Channel Islands. One of only a few maps of California as an island that focus on just California. This map originates from Mallet's 'Description de l'Universe'.

Artists and Engravers: Alain Mannesson Mallet (1630-1706) was a French mapmaker and engineer who served in the armies of Louis XIV. After rising through the ranks, Mallet was appointed as Inspector of Fortifications, a job which also required mathematical skills and which made him a competent military engineer. Eventually, he joined the court of Louis XIV at Versailles, where he taught math and focused on writing.