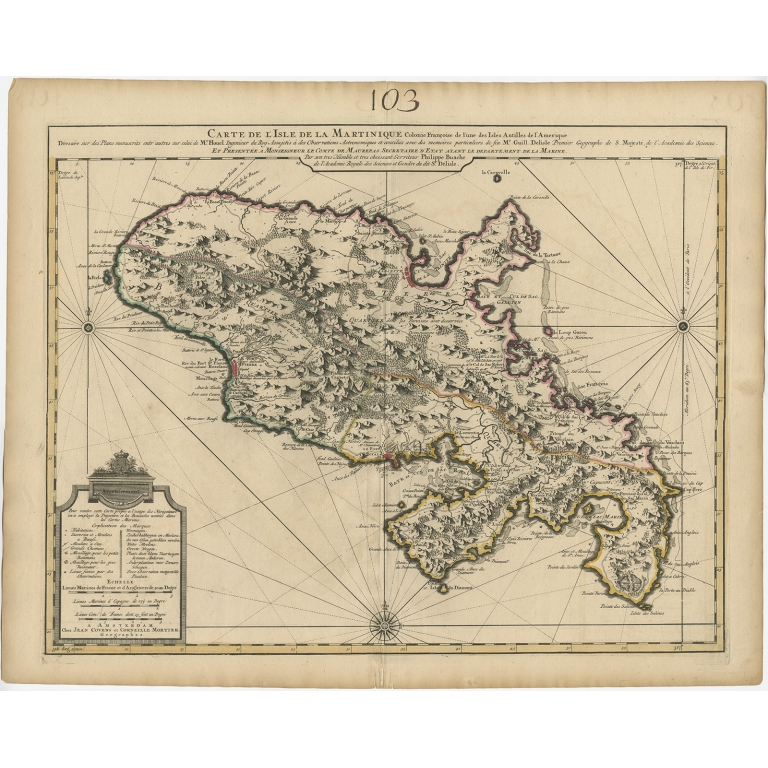 Description: Antique map titled 'Carte de l'Isle de la Martinique'. Detailed map of Martinique. Shows hilly terrain, forests, roads, houses, and even the sugar plantations. The island was to the French what Barbados and Jamaica were to the English: immensely profitable sites for sugar production.

Artists and Engravers: Jean (Johannes) Covens and Corneille (Cornelius) Mortier were brothers-in-law, who carried on the book publishing business established by Pierre Mortier in Amsterdam in 1685. Pierre Mortier's company owed much of its success to his access to French publishers, whose publications he re-issued in handsome editions.The elder Mortier died in 1711; his wife continued the firm until she died in 1719. In 1721, Covens and Mortier formed a partnership, Covens having married Agatha Mortier in the same year. They continued the business by publishing enlarged editions of Sanson, Jaillot, and De L'Isle, as well as some of the later Dutch cartographical masters such as De Wit and Allard, and of course Pierre Mortier.