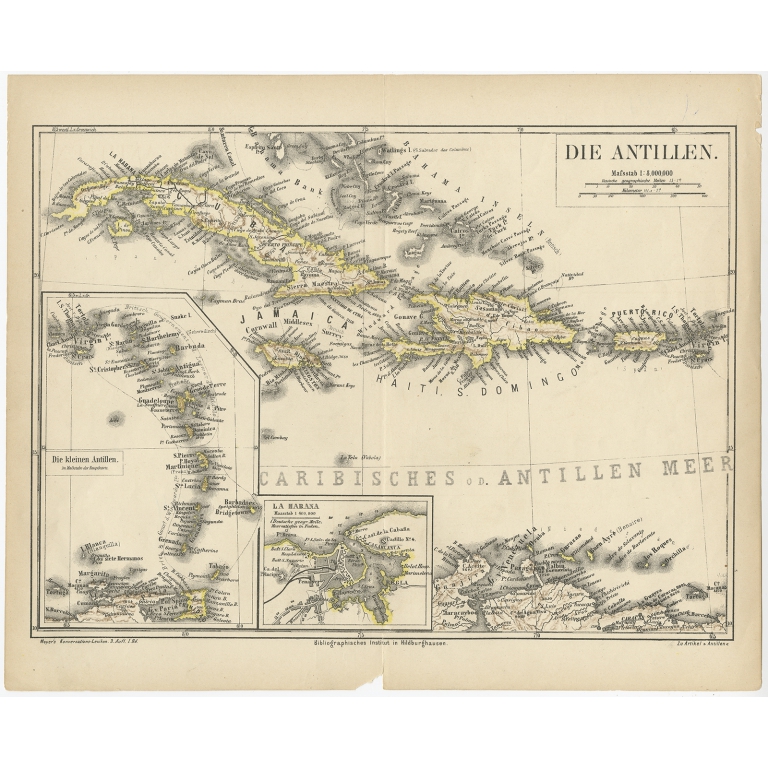 Description: Antique map titled 'Die Antillen'. Old map of the Antilles, it shows Jamaica, Puerto Rico, the Bahamas and Cuba. With inset maps of the Lesser Antilles and Havana. This map originates from Meyer's 'Konversations-Lexikon'.

Artists and Engravers: Meyers Konversations-Lexikon or Meyers Lexikon was a major encyclopedia in the German language that existed in various editions, and by several titles, from 1839 to 1984, when it merged with the Brockhaus Enzyklopädie. Joseph Meyer (1796–1856), who had founded the publishing house Bibliographisches Institut in 1826, intended to issue a universal encyclopaedia meant for a broad public: people having a general knowledge as well as businessmen, technicians and scholars, considering contemporary works like those of Pierer and Brockhaus to be superficial or obsolete.