Antique Map of Australia and New Zealand by Walch (1826) 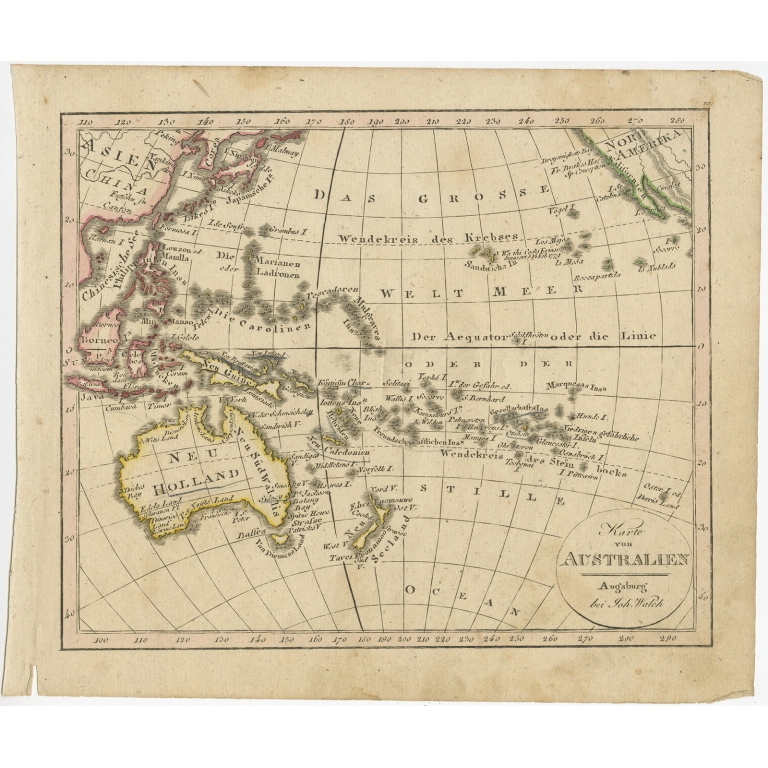 Artists and Engravers: Johann, or Johannes, Walch (1757-1816) was a painter and engraver. He was well-known for painting miniature portraits, having trained in Geneva, Venice, and Rome. Walch published several atlases and sheet maps. As with his atlases, many of Walch’s maps were reprinted after his death.