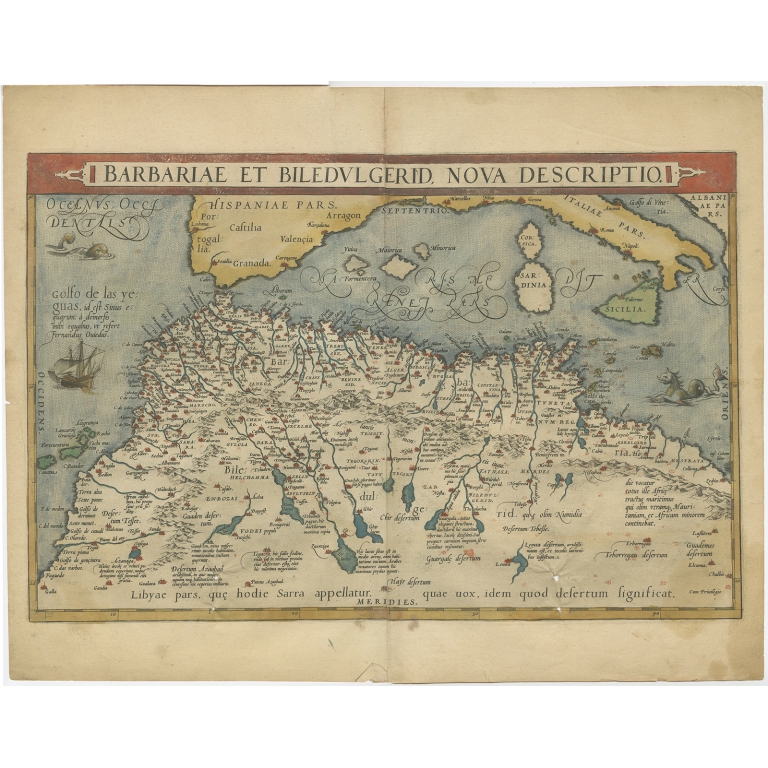 Description: Antique map titled 'Barbariae et Biledulgerid nova descriptio'. Old map of coastal North Africa and the Mediterranean. The map extends from Morocco and the Sahara to Libya and shows most of the Mediterranean, including the Balearic Islands, Sicily, Corsica, Sardinia and Italy, along the Canaries off the coast of Africa. This map originates from 'Theatrum Orbis Terrarum' by A. Ortelius.