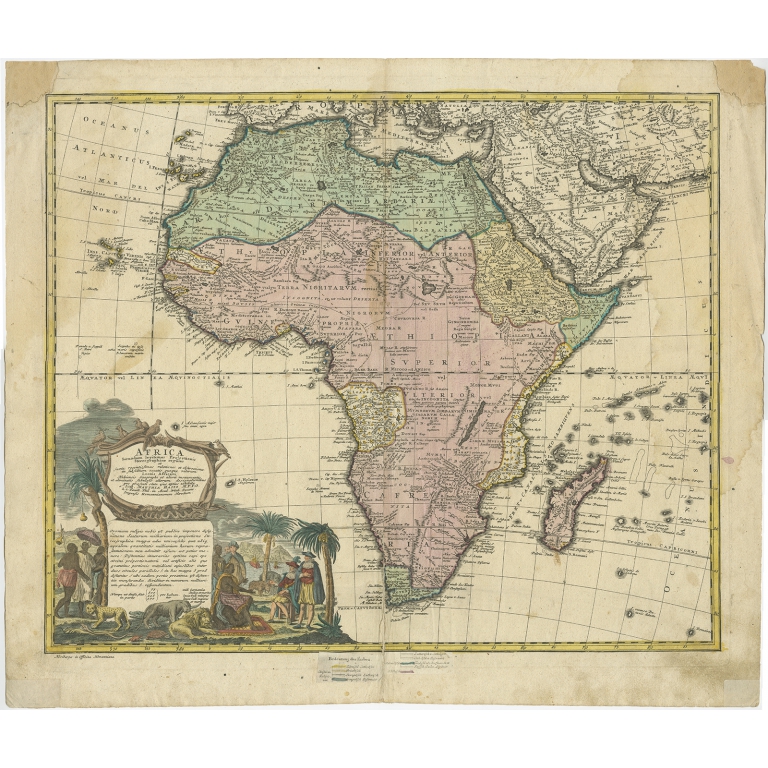 Description: Antique map of Africa titled 'Africa Secundum Legitimas Projectionis Stereographicae regulas (..)'. Johann Matthias Haas' revision of J.B. Homann's 1715 map of Africa, augmented to include important cartographic developments as recorded by Guillaume Delisle and D'Anville. The  map presents a fairly accurate picture without most of the fictitious lakes and rivers of previous cartography, focusing on the known coastal regions of the continent, leaving the interior blank or marked Terra Incognito. Egypt, Nubia and Abyssinia are shown as distinct entities, Lake Nyasa is shown as Lac Marawi, and the Congo is located. The Dutch settlements of Castell Batov and Stellenbosch are shown at the Cape. The most striking feature of the map is the large title cartouche that is framed by elephant tusks and a horned serpent. In the foreground is a scene of natives negotiating with European traders, surrounded by indigenous animals. In the background is a view of Table Bay and Table Mountain.