Antique Map of Western and Eastern Barbary by Bowen (c.1744) 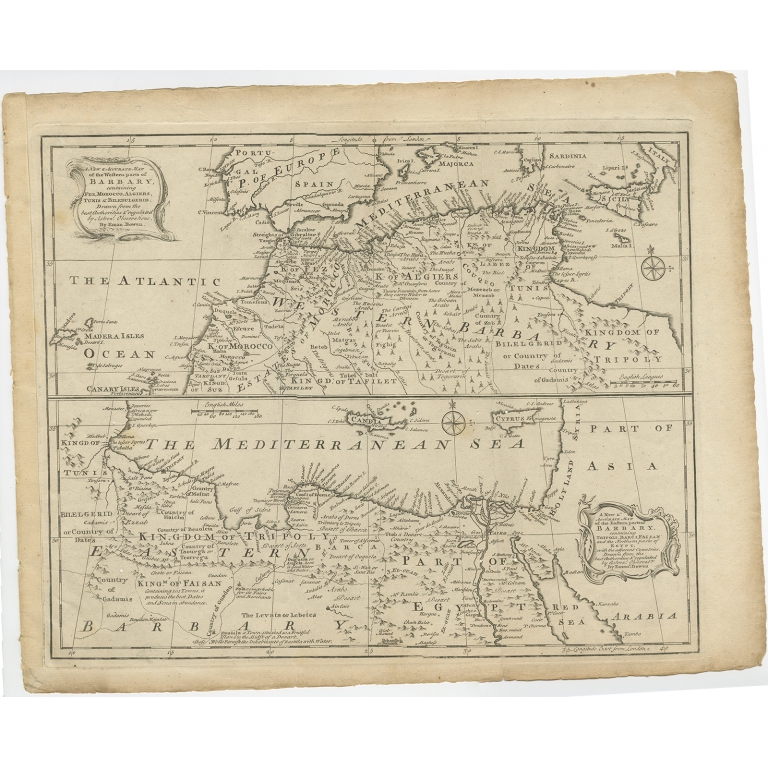 Description: Antique map titled 'A New & Accurate Map of the Western Parts of Barbary' and 'A New & Accurate Map of the Eastern Parts of Barbary'. Decorative maps of North Africa and the Southern Mediterranean, including Cyprus, Malta, Sicily, etc. Western Barbary, or North Africa, is on the top, including the Kingdom of Fez, Morocco, Algiers, the Strait of Gibraltar; at the bottom, Eastern Barbary, from Tunis to the Nile Delta, Red Sea and Holy Land.

Artists and Engravers: The map was made by Emmanuel Bowen (ca. 1694-1767), engraver and print seller. He was most well-known for his atlases and county maps. Although he died in poverty, he was widely acknowledged for his expertise and was appointed as mapmaker to both George II of England and Louis XV of France. His business was carried on by his son, Thomas Bowen, and he trained two other prolific mapmakers, Thomas Kitchin and Thomas Jeffreys.