Antique Map of Islands in the Mediterranean Sea by Bowen (1747) 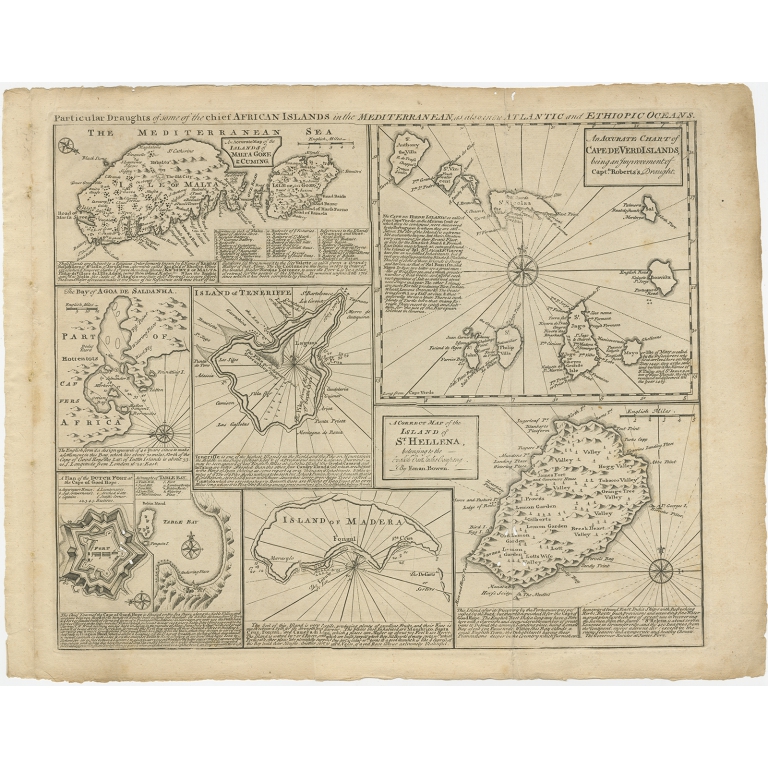 Description: Antique map titled 'Particular draughts of some of the chief African Islands in the Mediterranean (..)'. Detailed set of eight maps, including a large and detailed Malta, the Bay of Agoa de Saldanha, Tenerife, the Dutch Fortress at the Cape of Good Hope, Table Bay, Madera, St. Helena and the Cape Verde Islands, all with extensive annotations.

Artists and Engravers: Emanuel Bowen (1694?-1767) was a British engraver and print seller. He was most well-known for his atlases and county maps. Although he died in poverty, he was widely acknowledged for his expertise and was appointed as mapmaker to both George II of England and Louis XV of France. His business was carried on by his son, Thomas Bowen. He also trained many apprentices, two of whom became prominent mapmakers, Thomas Kitchin and Thomas Jeffreys.