Antique Map of Europe, Asia and Africa by Scherer (c.1703) 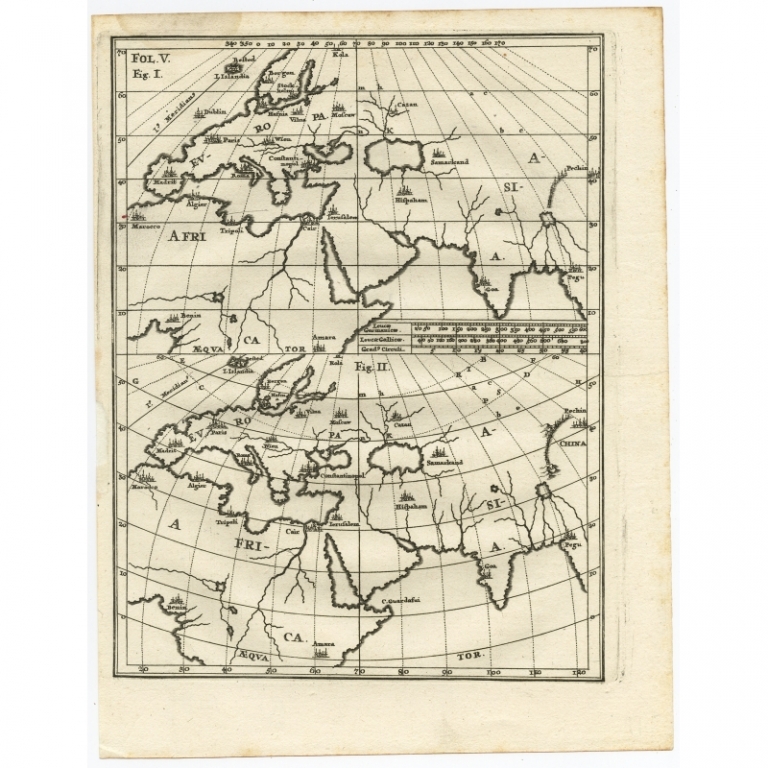