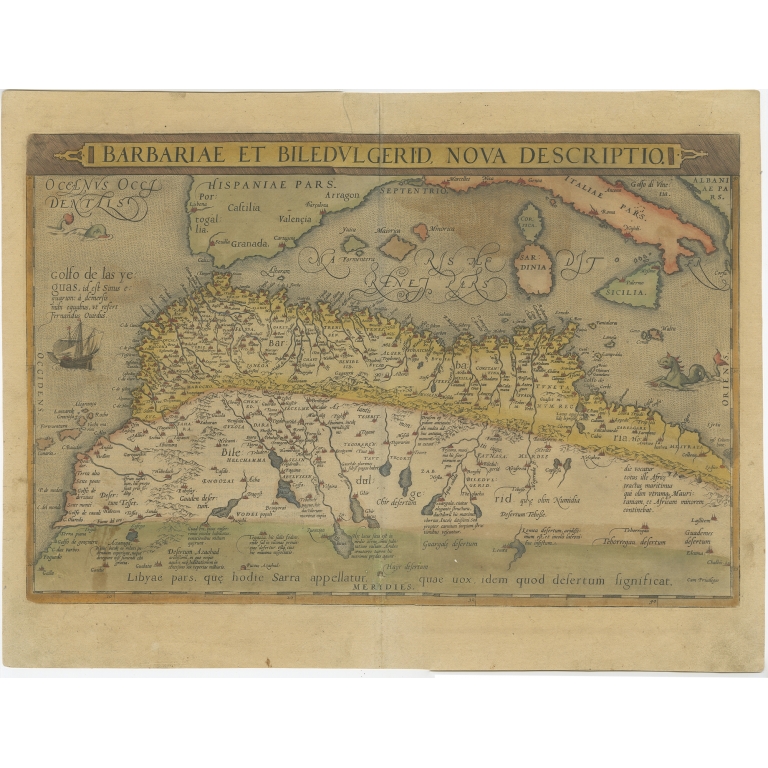 Description: Antique map titled 'Barbariae et Biledulgerid Nova Descriptio'. Original antique map of North Africa. The map covers the regions of Barbaria and Biledulgerid, essentially the territories north and south of the Atlas mountains, today divided into the countries of Algeria, Tunisia, and Libya. Morocco is shown as a separate kingdom, and the adjoining parts of southern Europe can also be seen, including Portugal, Spain, the Balearics, Corsica, Sardinia, Sicily, Italy, and Malta. The various lakes and oases of the Atlas hinterland are shown pictorially, and a large text label below indicates the Sahara. Published by A. Ortelius, circa 1580.

Artists and Engravers: Abraham Ortelius (1527 -1598) was a Flemish cartographer, cosmographer, geographer and publisher and a contemporary of Gerard Mercator, with whom he travelled through Italy and France.