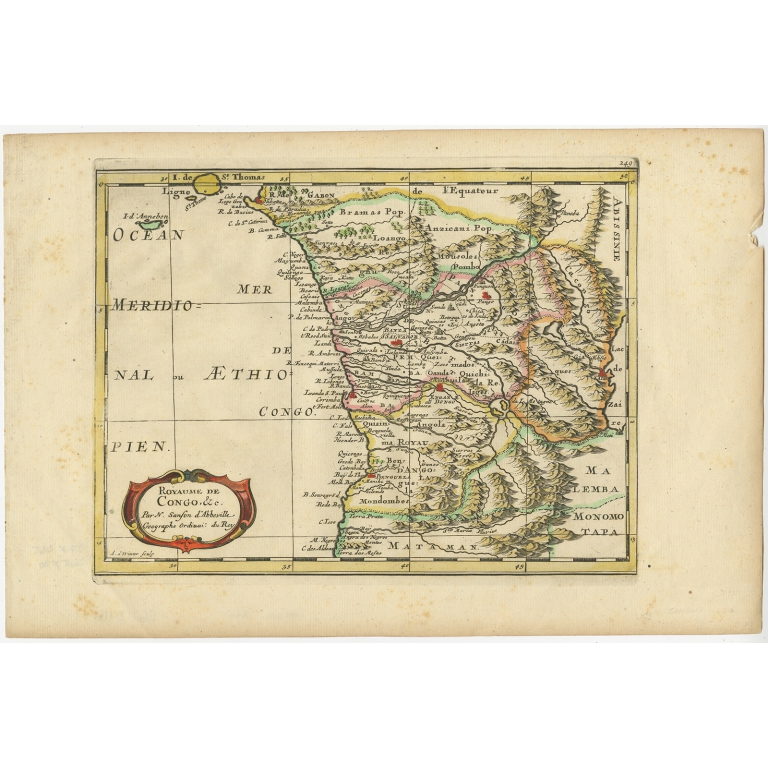 Description: Antique map titled 'Royaume de Congo'. Map of Gabon, the Congo and Angola from Cape Lopez and Sao Tomé to approximately the border with present-day Namibia. The map is fully engraved with mountains, rivers, forests and trails and decorated with a strapwork title cartouche. Engraved by Antoine d'Winter for a Dutch edition of Sanson's pocket atlas.