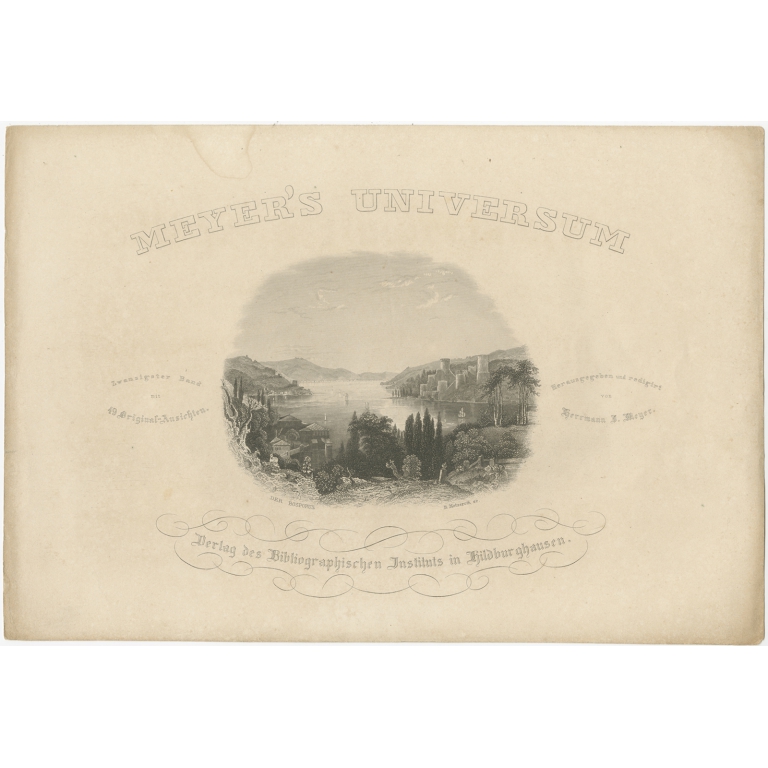 Description: Antique frontispiece of volume 20 of 'Meyer's Universum' including a scene of the Bosporus, published circa 1860.