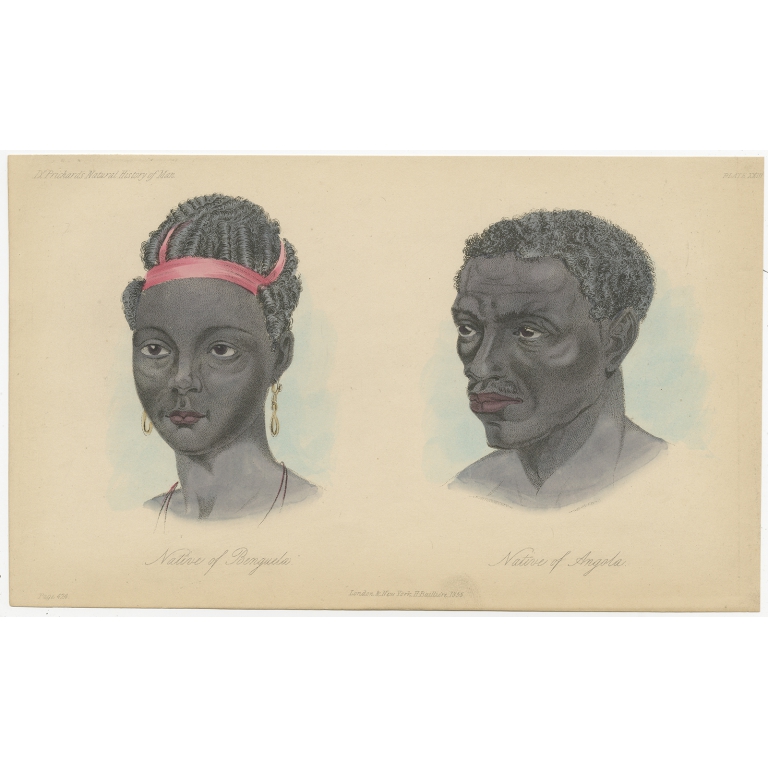 Description: Antique print titled 'Benguela - Angola'. Antique print of a native of Benguela city in headdress and earrings, and a native of Angola. This print originates from 'Natural History of Man' by J.C. Prichard. A wonderful series of portraits of natives from around the world.

Artists and Engravers: Prichard began the research for his study in 1813, intending to establish that the human race originally was all dark-skinned. He modified this view over the years, but still concluded that the human race was all one species, one family. By the final life-time edition of his work, issued in 1847, Prichard had gathered all available research about various races of humankind and his work became an important foundation for modern ethnological science. Included in Prichard's History were fine portraits of different human races taken from original drawings of various artists most based on first hand studies. These are, therefore, important as well as attractive images of the people of the world.