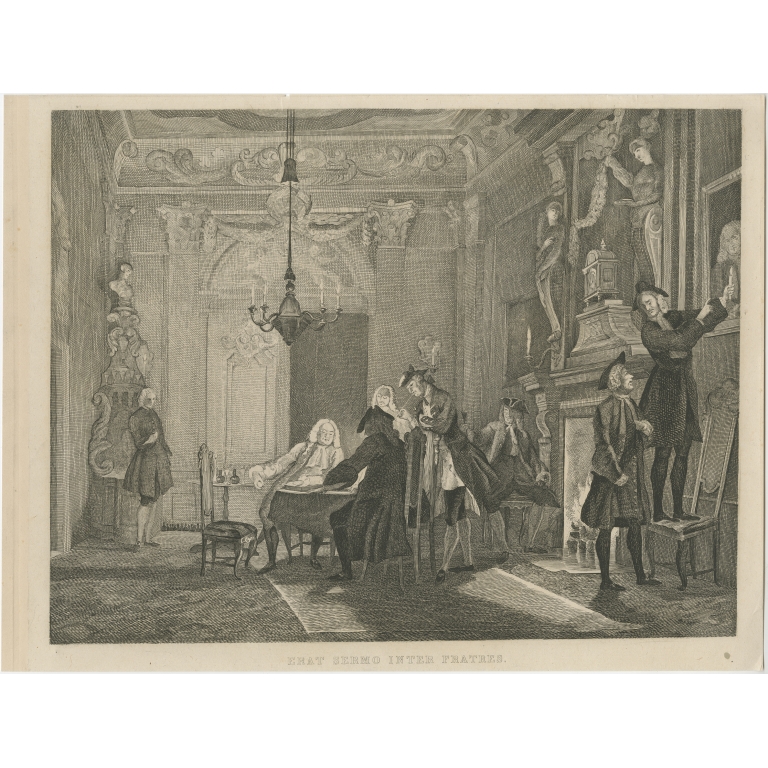 Description: Antique print titled 'Erat Sermo Inter Fratres'. Etching on chine collé after the painting by Cornelis Troost. It shows a Dutch interior with a group of Dutch friends gathered in the house of Biberius by night; some men seated around a table and playing tric-trace, two others looking at a portrait painting on the right wall. Part of a series of masterprints published circa 1850.