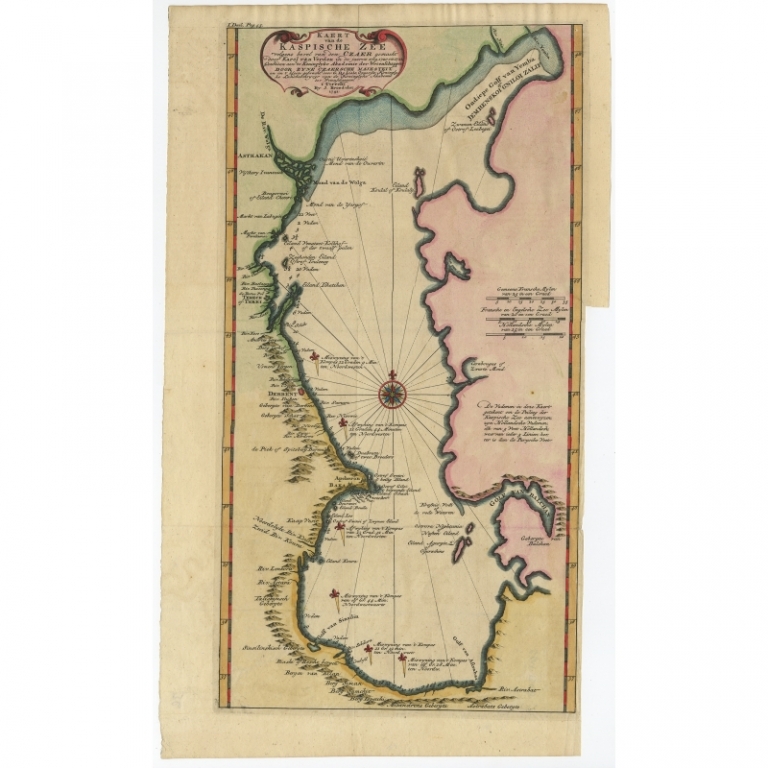 Artists and Engravers: Made by 'Guillaume de L'Isle' after an anonymous artist. The de L'Isle family was one of the most influential Geographers of the early 18th century in France. Claude de L'Isle, born 1644, had four sons, of which Guillaume was the most notable. Guillaume was born 1675 and became member of the "Academie Royale des Sciences" with the age of twenty-seven, and was honoured later with the title "Premier Geographe du Roi". His largest project, the "Atlas de Geographie", was published until 1774 in Paris and Amsterdam (Covens and Mortier). He died in 1726.