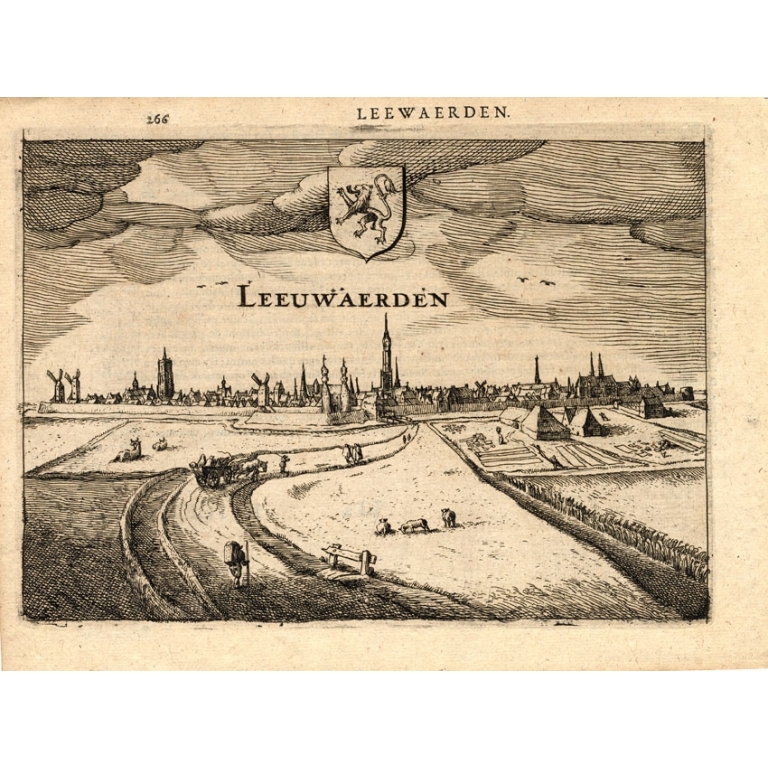 Artists and Engravers: The author of this work: Lodovico Guicciardini (1521-1589): Italian merchant from aristocratic descent. He was born in Florence, a son of Jacopo Guicciardini. His uncle was the famous author Francesco Guicciardini (1483-1540) who wrote 'La historia di Italia'. The Guicciardini family established a presence in Antwerp and in 1541 Lodovico arrived to work with his uncle. At the same time they functioned as informents for the Medici's back home. He stayed until his death. At one point he was accused with his brother Giovan Battista of killing Gaspare Ducci, who they held resposible for their bancruptcy in 1543. Lodovico apparently started writing in 1552 and in 1556 he published his first work 'Comentarii della......', about European history. In 1567 he got the 'Descrittione....' published. He wrote a few more works. In 1569 he landed in jail because he critisized Alva's policies. In 1582 he landed in jail again because he apparently knew Jean Jaureguy, who tried to kill William of Orange, but he was released soon. Although he had been prosperous at times he ended a poor man. Plates engraved by the very skilled Pieter van den Keere or Petrus Kaerius (1571-1646), a Flemish engraver, publisher and globe maker.