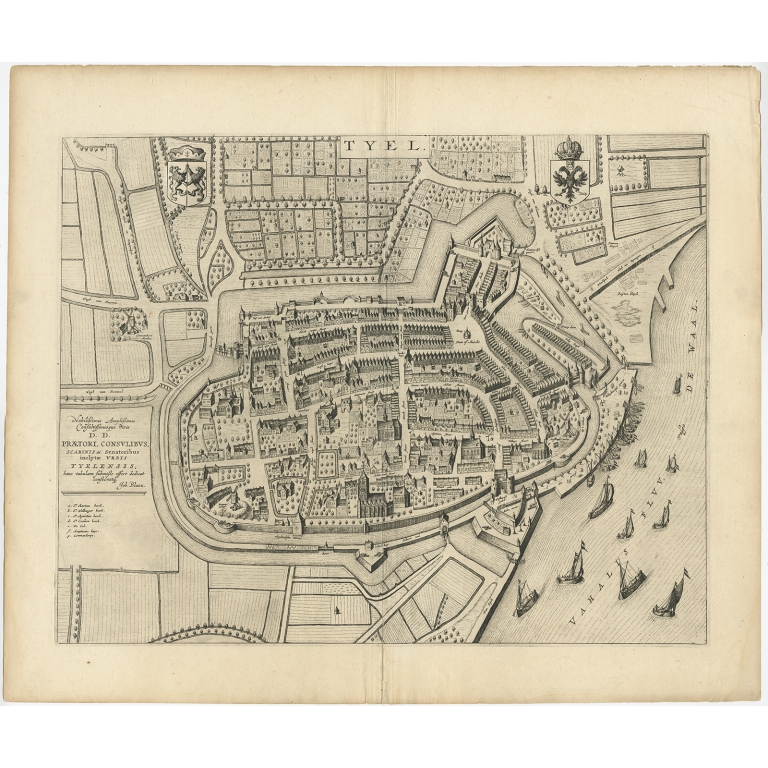 Description: Antique map titled 'Tyel'. Beautiful map of the city of Tiel, The Netherlands. With a coat of arms and key of various locations. Originates from 'Toneel der Steeden' published by Joan Blaeu, 1649.