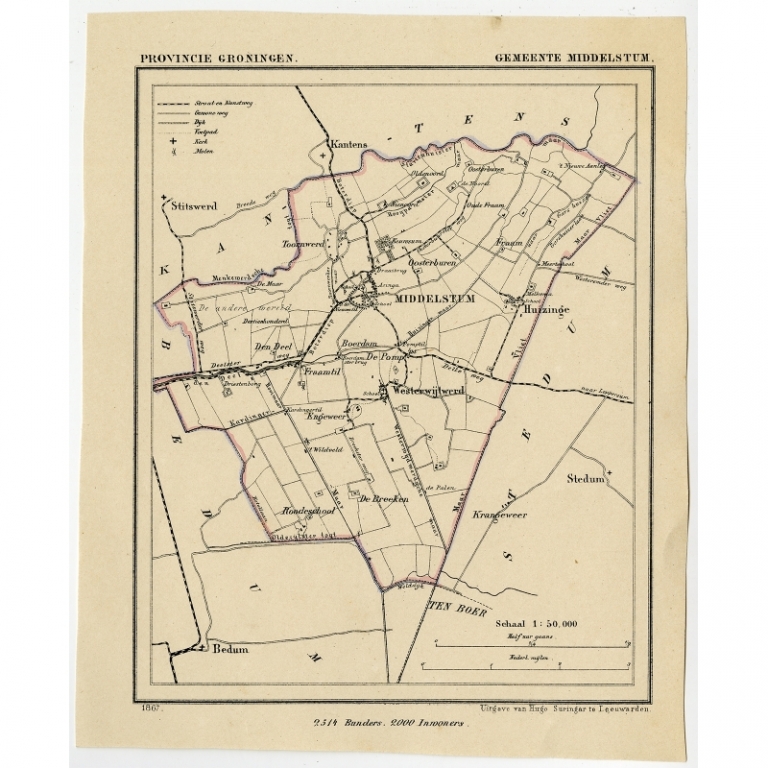 Description: Antique print, titled: 'Middelstum' - Groningen: Gemeente Middelstum, Huizinge and Westerwijtwerd. These scarse detailed maps of Dutch Towns originate from the 'Gemeente-atlas' of Jacob Kuyper. This atlas of all towns in the Netherlands was published from 1865-1870 and included all towns in the Dutch province of Groningen. These maps are also known as a Kuyper kaart or Kuyper kaartjes from Groningen. We also carry the border coloured maps. Please inquire.

Artists and Engravers: Made by 'Jacob Kuyper' after an anonymous artist. Jacob Kuyper: He was one of the most important of the Dutch atlas editors of the second half of the 19th century. He is particularly known for the "Gemeente Atlas", with 1210 plans of all the towns and villages in the Netherlands.