Antique Print of the Boys Orphanage in Amsterdam by Schenk (c.1708) 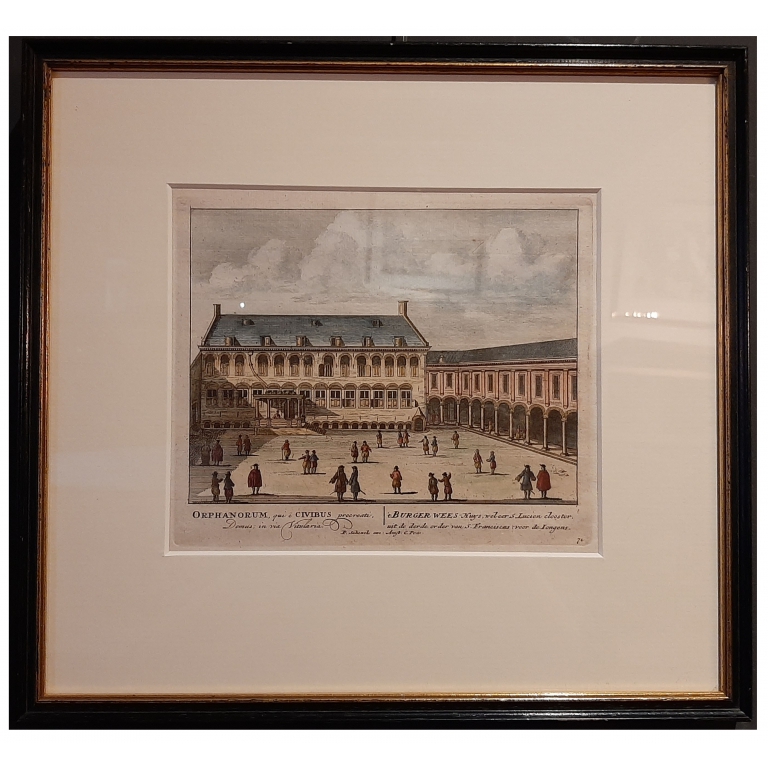 Artists and Engravers: Pieter Schenk / Petrus Schenck ( 1660-1718/19) was born in Germany, but settled in Amsterdam where he first became a pupil of Gerard Valck, the engraver. In 1687 he married Valck's sister and thereafter the Schenk and Valck families were active over a long period with a wide range of interests as print sellers, publishers of books, maps, topographical and architectural drawings and globes.