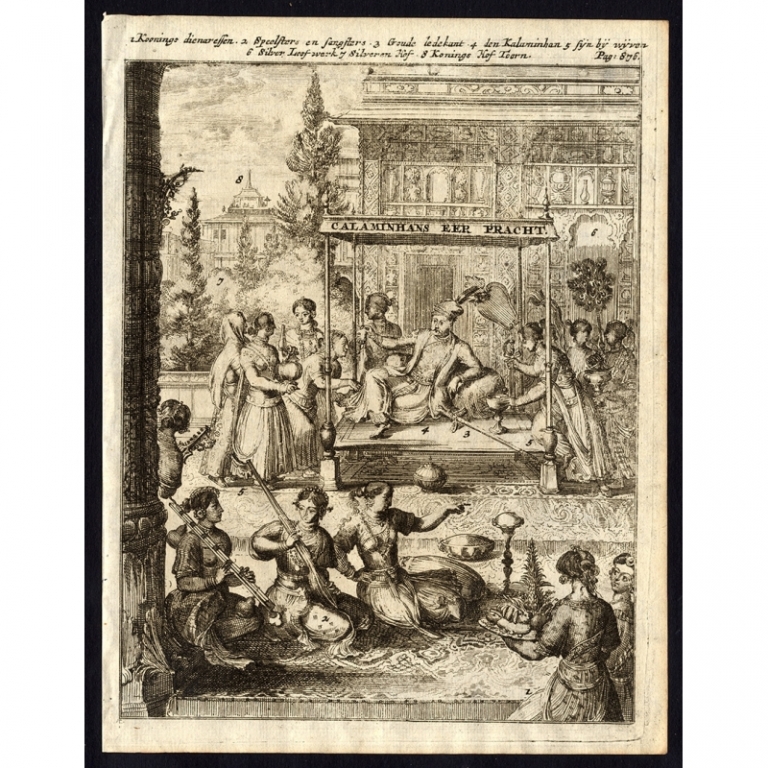 Artists and Engravers: Author: Simon de Vries (Dutch 1524-1708): Poet, writer and translator, publisher, active in Utrecht. Etcher of plates (not maps) in this work: Romeyn de Hooghe (1645-1708) was an important and prolific late Dutch Baroque engraver and caricaturist. De Hooghe was skilled as an etcher, draughtsman, painter, sculptor and medalist. He is best known for political caricatures of Louis XIV and propagandistic prints supporting William of Orange. During his career, de Hooghe produced over 3500 prints. He also illustrated books, and his illustrations can be found in some of the most important texts of his period. Carthographer of maps in this work: Nicholas Sanson d'Abbeville (1600 - 1667) and his descendents were important French cartographer's active through the 17th century. Sanson started his career as a historian where, it is said, he turned to cartography as a way to illustrate his historical studies. In the course of his research some of his fine maps came to the attention of King Louis XIII who, admiring the quality of his work, appointed Sanson 'Geographe Ordinaire du Roi'. Sanson's duties in this coved position included advising the King on matters of Geography and compiling the royal cartographic archive. Sanson's corpus of some three hundred maps initiated the golden age of French Cartography.