Antique Bird Print of the northern wheatear by Von Wright (1927) 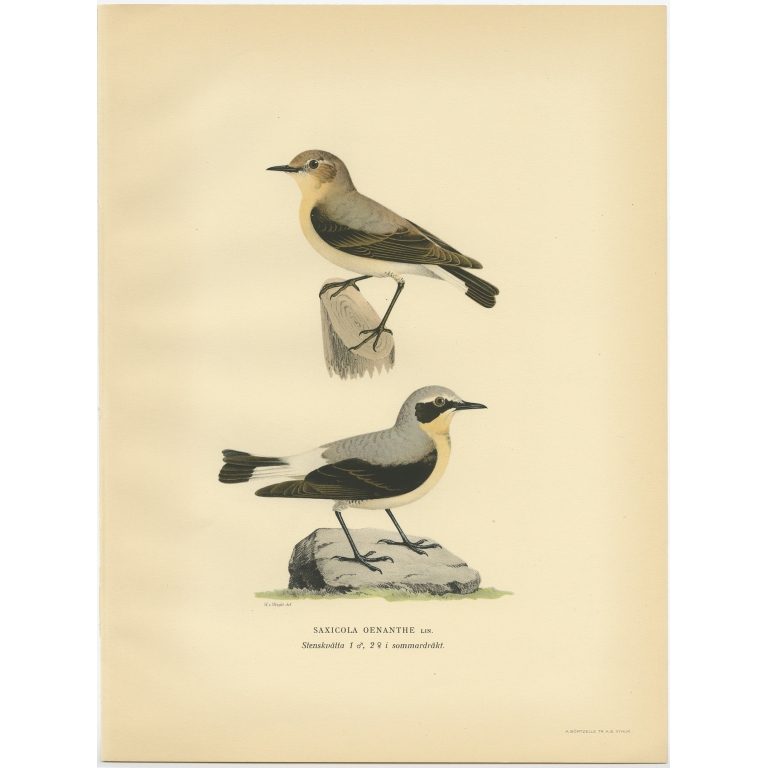