Antique Map of the Ottoman Empire by Wyld (c.1840) 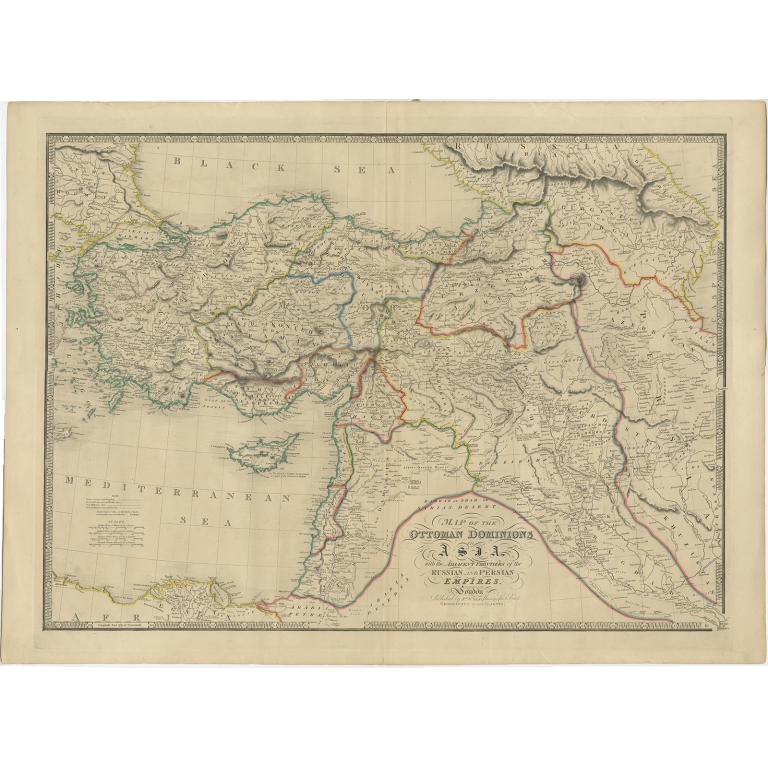 Description: Antique map titled 'Map of the Ottoman Dominions in Asia'. Old map of the Ottoman Empire extending to include Cyprus, the Holy Land, and the northeastern tip of Africa. Several routes are marked along the map, including those of Cyrus and Xenophon, Colonel Leake and General Koehler in 1800, Mr. Browne in 1802, and Mr. Kinnear from 1808 to 1814.

Artists and Engravers: James Wyld (1812–1887) was a British geographer and map-seller, best known for Wyld's Great Globe. He was successor to William Faden, one of the luminaries of late eighteenth century publishing in England.  Wyld maintained the high standard of graphic and factual excellence that had been established by his predecessor and his maps are among the finest published in the early nineteenth century.