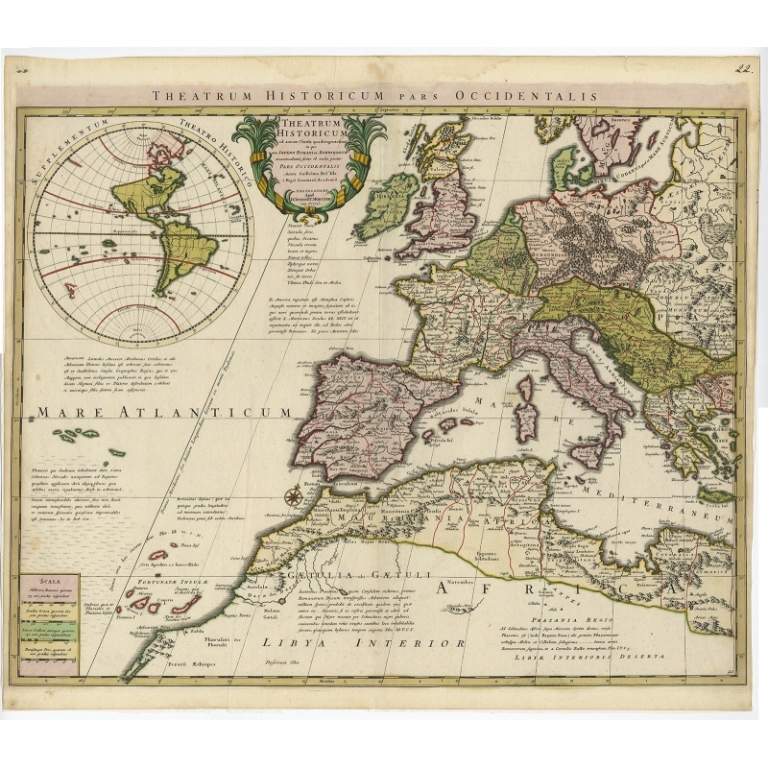 Description: Antique print, titled: 'Theatrum Historicum pars Occidentalis.' Finely engraved historical map with a profusion of details. It shows western Europe and the northern Mediterranean basin as far as Crete. The southern Mediterranean shores are also meticulously represented and extend eastward as far as Libya. To the left of the decorative title cartouche is an inset showing the Western hemisphere, including an undefined Western coast in North America. Published in Amsterdam by Covens & Mortier.

Artists and Engravers: Made by 'Guillaume de l'Isle' after an anonymous artist. The de L'Isle family was one of the most influential Geographers of the early 18th century in France. Claude de L'Isle, born 1644, had four sons, of which Guillaume was the most notable. Guillaume was born 1675 and became member of the "Academie Royale des Sciences" with the age of twenty-seven, and was honoured later with the title "Premier Geographe du Roi". His largest project, the "Atlas de Geographie", was published until 1774 in Paris and Amsterdam (Covens and Mortier). He died in 1726.