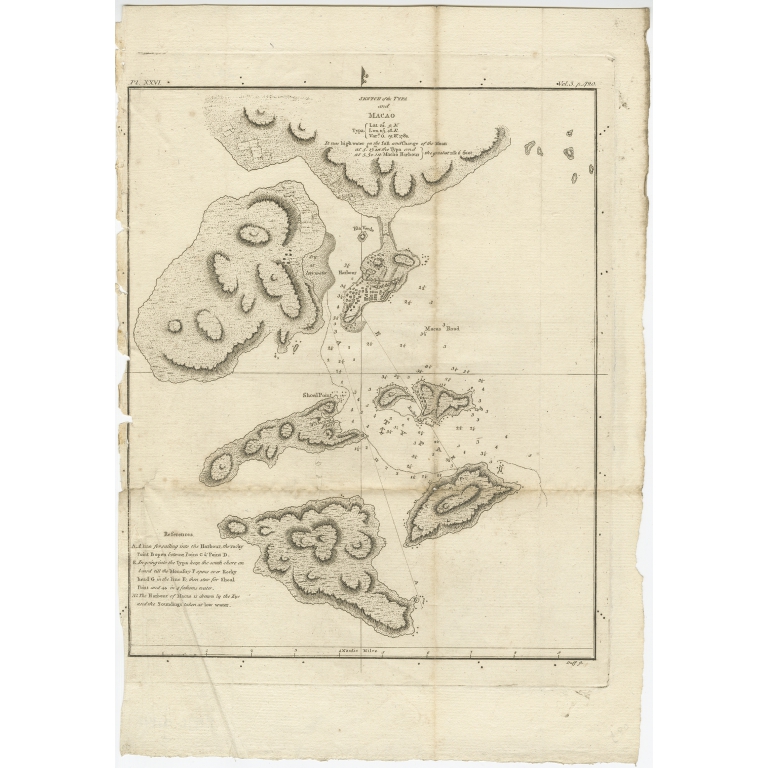 Description: Antique map titled 'Sketch of the Typa and Macao'. The environs of Macao, with a small plan of the town, as surveyed by William Bligh, who was Master of the 'Resolution' under Captain Cook. Having lost their captain in Hawaii in February 1779 his crew continued with their mission, attempting to find a North West Passage through the Bering Straits. Having been beaten by the Arctic ice wall they returned home westwards, visiting Macao at the end of 1779. This version is possibly from a Dublin pirate edition of the Official Account.of Cook's Third Voyage. The original is signed "W.H." for William Harrison; this has the signature "Duff sc" bottom right, an engraver not listed in Tooley.

Artists and Engravers: James Cook (Author, 1728-1779) was a British captain, explorer and cartographer.